Best-Laid Plans and One Strange Text

A man’s heart plans his way, But the LORD directs his steps.  Proverbs 16:9 NKJV 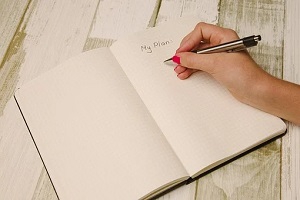 Sometimes at the last minute, things or people unravel our carefully laid plans and turn our attention in a different direction.

One Saturday afternoon, about the time I was getting ready for a Sunday school class fellowship, I received a strange text from my mother—one that made no sense. After a few odd exchanges, I decided to call … not once, but several times. She would not answer but would return my call and not say a word. I knew something was wrong.

My husband and I jumped into the truck and headed for her house. When we arrived, I found my mother had been so nauseous that she was dehydrated and could not communicate. After an ambulance ride to the local hospital and several tests, she discovered her sodium and potassium levels were dangerously low. She received excellent care and, less than forty-eight hours later, was back home. Aside from her weakness from the whole ordeal, she was herself again.

Although we make plans, the Lord directs our steps. I am so grateful He does. God is all-knowing, and His ways are much higher than ours.

Had it not been for that strange text from my mother, we would have continued with our Saturday night plans. I would not have known she needed my help. But the Lord set my steps in a different direction.

If we are planners, we should keep making those plans. But we shouldn’t be so intent on following them with our own agenda that we miss something more important that needs our attention. Even amid our best-laid plans, God can get our attention in any way He pleases. Even through one strange text.

Be open to God changing your plans.

Melissa Crone is a wife, mother to three beautiful young women, and grandmother of six. For most of her adult life, she has desired to encourage others through sharing the gift of God’s Word. Only after the death of her youngest daughter, Kristen, did she develop a desire to share that encouragement through writing devotions. She now wants to share the comfort she has received with other wounded hearts, especially those who have suffered the loss of a child. She is living proof that God’s grace is sufficient, even in our darkest night. She lives in Dyersburg, Tennessee, with her husband Donnie and enjoys spending time with her family. You can connect with her at nanagramps2202014@outlook.com or through Facebook.