The Uncomfortableness of Change

"For I know the plans I have for you," says the Lord. "They are plans for good and not for disaster; to give you a future and a hope."  Jeremiah 29:11 NLT 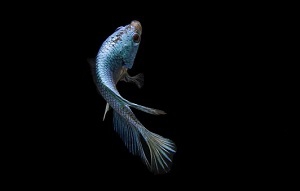 The fish landed on the ground and flopped around—and I waited to see what would happen.

When I was a young lad, my grandmother taught me to fish, and I fished regularly until life got too busy. If I fished with my grandmother, we did so in a small wooden—and then later, aluminum—boat. If I went with my brother or by myself, I stood on the bank.

More than once I had a fish fall to the bottom of the boat or on the bank because the hook was barely engaged or because the fish slipped from my hands as I removed the hook. As soon as the fish hit the ground, it flopped around. It was out of its normal environment. Instinct told it if it didn’t return to water, it would die. Sometimes the flopping was so intense that the fish flopped back into the water. Most of the time, it simply died.

In a verse that had immediate application to Israel—but future meaning to any who chose to follow God—God assured His people that He had good plans for them.

Israel’s future was bright. Unfortunately, they didn’t always share God’s vision. Like a fish out of water, they flopped around, desiring what wasn’t best for them.

Being out of water makes a fish uncomfortable. Change has occurred. Rather than succumb to what’s ahead—being cooked and eaten—the fish yearns for what it has always known.

God’s plans often make us uncomfortable too. I call it change. Instead of giving in and following what we know is a good plan, we often flop around like a fish out of water until we fall back into my normal traditions or customs—where we feel comfortable again.

When God presents us with His plan, our only choices are to move ahead—kicking and screaming … flopping around—or to forge ahead with excitement and belief that where God is leading is better than where we are. A journey we can only take by faith.

God’s plan usually puts us in an uncomfortable place, but our responsibility entails believing His plan is preferable to ours and will always lead us into a brighter future. And it will. His plan is for our good, not disaster.

How are you responding to God’s plan?