Gone but Not Forgotten

So you have sorrow now, but I will see you again; then you will rejoice, and no one can rob you of that joy.  John 16:22 NLT 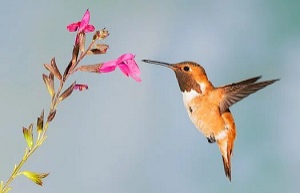 They were gone, but not forgotten.

In our area of the United States, hummingbirds arrive in late March or early April and hang around until mid-October. A few weeks before their arrival, I hang three feeders for the scouts to find. Almost anywhere we are in the house, we can view the beautiful birds feeding.

Hummingbirds are diligent little creatures. Even with three feeders, I must refill the feeders every couple of days. And the birds, though small, are aggressive and territorial. One will sit atop the feeder or perch on the feeder stand, waiting, so they can run off any intruders. Their wings beat quickly, and their flight speed is amazing.

As the season wears on, the number of hummingbirds diminishes. Then, one day, they are gone. I miss their antics … their beauty. I miss them hanging in mid-air, watching me through the window or door. But I know if I hang feeders in the spring of the next year, they’ll return.

Jesus understood the sorrow His followers would feel after He left them. They had followed Him for three years, and now He was leaving for heaven. But He told them not to sorrow. They would see Him again when their eyes closed in death.

I mourn too when I think of all my loved ones who have gone on to heaven. As I get older, fewer of them are around, and I think of the time when I’ll no longer be here for my children and grandchildren. I miss sitting around with my grandparents and hearing their stories. I miss the cousins, aunts, and uncles whom death has captured.

Their examples keep me going in the right direction. I remember their love for God, how they taught their family about His love, how they shared their faith, and how they lived a consistent Christian example. They may be gone, but they are not forgotten.

Most of all, I have the example of Jesus, just as the early disciples did. His example, more than any other, prods me on in the faith journey. As He promised to return for His early followers, so He has promised to do the same for all His children.

Don’t let the death of friends and family rob you of the memories of their good examples. They may be gone, but you don’t have to forget them.