And God saw that the wickedness of man was great in the earth, and that every imagination of the heart was only evil continually.  Genesis 6: 5 KJV 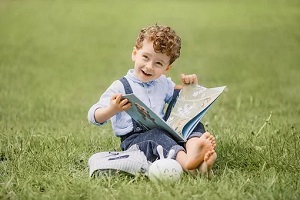 The imagination is a mental power used to embrace the truth or create a lie.

Imagination is defined as “the picturing process of the mind.” Imagination reconstructs our past experiences for us to remember them.

The word is used in the book of Jeremiah more than any other book of the Bible to refer to an evil heart. The wrong use of the imagination by Israel, like those in Noah’s day, led them into sin and brought God’s judgment.

Imagination is a power of the mind given by God. There’s nothing wrong with having an imagination, but how we use it is what matters. We can use it to better ourselves and others, or we can use it for evil and bring our demise.

Alternate realities are created with the imagination. We perceive reality through our senses, but when reality does not satisfy us, we visualize the utopia we prefer and live there while denying reality. Creation is the reality created by God—the one great spiritual reality. When we construct a fairyland with grotesque, absurd, and extravagant characteristics which cannot co-exist with the law and order of the universe, we enter the region of fantasy.

Heaven and hell are real places and a reality for untold numbers. With the aid of Scripture, they can be imagined now, but one or the other will become a reality for us one day, based on what we’ve done with Jesus Christ.

For our imagination to serve us well, it must be set apart for godly purposes. The imagination visualizes all that’s said in the Scriptures so that by faith we can embrace it. When we read Scripture and enter into a scene portrayed by a writer, we imagine in our mind the meaning and then realize it spiritually.

Where is your imagination taking you?

James H. Cagle has been preaching and getting the Word out since 1982. He has pastored for twelve years. He now writes for twelve newspapers weekly. He has published three books and is working on several others. James spent four years in the Marine Corps and was honorably discharged in 1980 as a sergeant. He grew up in Bemiss, Georgia, and graduated from Lowndes High in 1975. He currently resides in Nashville, Georgia.