Since the creation of the world His invisible attributes, His eternal power and divine nature, have been clearly seen, being understood through what has been made, so that they are without excuse.  Romans 1:20 NASB 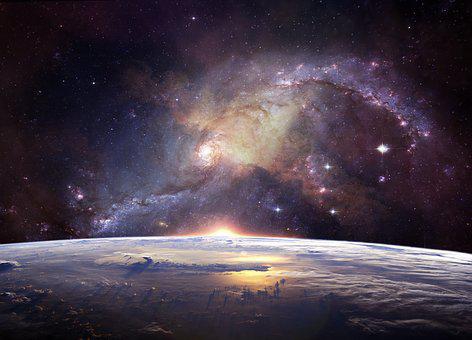 A common fallacy views faith and science as diametrically opposite.

Hands-on experience has led some open-minded medical students at Cal Berkley, such as the person I worked with during my graduate studies in the San Francisco Bay area, on a journey of discovery. One night, the student said, “When I was studying for my bachelor of arts degree, I was an atheist. When I was in my master's study, I was an agnostic. But now that I am finishing my doctor’s degree, I am convinced there is a personal God.”

His statement reminded me of what many of the greatest scientists have said. Isaac Newton mentioned that studying science long and deep enough will force a person to believe in God. Albert Einstein stated that the more he studied science, the more he believed in God.

Faith is viewed by many as subjective and emotional, while science is usually viewed as objective and intellectually verifiable. Scientific psychology depends upon statistics and observation. In contrast, realistic faith is personal and grows from proposed truths, ancient manuscripts, archeology, and historical evidence, but does not find its validity in those.

Another fallacy attempts to find intellectual facts that convince the mind and heart to form faith. Faith consents to the possibility that intellectual or materialistic evidence contains mere bits of understanding about creation. Faith includes the mind and will. Realistic faith is a confident belief based upon both observation of surrounding reality and emotional acceptance of the Divine.

Above all, Christian faith is a personal belief in Jesus and His payment for each person’s sins and shortcomings on Calvary because of the Father’s love for this fallen and sorrowful world.

Pray for a realistic faith that grows by your relationship with the Lord Jesus Christ and your study of the Bible.