For you are like whitewashed tombs—beautiful on the outside but filled on the inside with dead people’s bones and all sorts of impurity.  Matthew 23:27 NLT 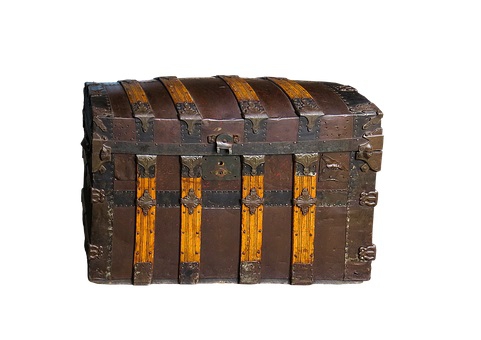 The outside looked terrible, but the inside . . .

I looked at the text: Can you call me when you get a second? It came from my father’s only sister. When I called, she told me she had a few items that belonged to my grandmother. She thought I might want them.

A couple of weeks later, my wife and I headed for the Lowcountry of South Carolina to round up a cedar chest and a small night table. I remembered both sitting in my grandmother’s bedroom. I couldn’t wait to add them to my heirloom collection. One I hoped my children would want and pass along.

Both items had been sitting in a utility building for years. The varying temperatures had done their work. The veneer peeled off in various places on the cedar chest, but the real wood areas remained in good shape.

The surprise came when I opened the lid. The inside was in perfect condition. And it was a true cedar chest, complete with smell and label. Also on the inside were a number of crocheted items my grandmother had made.

Jesus encountered some religious folks whose outsides and insides didn’t match either. Oh, they dotted all the Is and crossed all the Ts, but Jesus said their insides were filthy.

The ways we try to alter our outsides when we don’t enjoy how they appear are numerous—and costly and perhaps unhealthy. They also prove futile if we think altering the outside will change anything. We might temporarily feel better about ourselves—we might even gain a few so-called friends in the process—but our elation will be short-lived. In the end, unhappiness will pounce on us like a lion.

Until we let God change our insides by His grace through forgiveness—and until we realize just how much God loves us and wants us as His children—we’ll never know true satisfaction or joy. Outside stuff is temporary; inside stuff is permanent.

We often judge by outward appearance, but God looks at the heart. And when we learn to see ourselves as God does, we won’t overly concern ourselves with the outside. We’ll just want to keep the inside tidied up.

What are some ways you can keep your inside pretty and clean?