After he had washed his face, he came out and, controlling himself ,said, "Serve the food."  Genesis 43:31 NIV 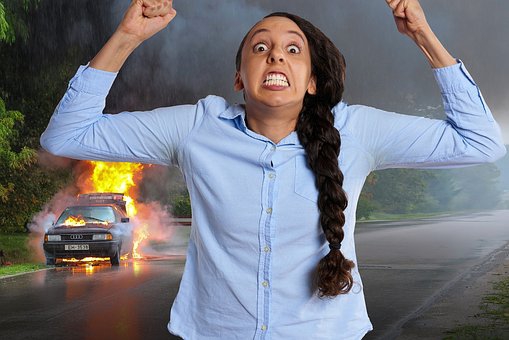 The large semi rolled along the highway in front of me. On the tailgate, I read, “If you can’t slow down, smile as you go under.”

An onerous warning to slow down and travel at a safe distance. Yet not all drivers are able to control their lust for power behind the wheel.

When Joseph was seventeen, he foolishly shared a dream he had with his older brothers. Jacob, his father, had previously given him a special varicoloured cloak which caused jealousy among his siblings. When Joseph told them they would bow down to him one day as interpreted in his dream, the siblings’ hatred increased.

At that age Joseph could not control himself. The consequences were dire. He was thrown  into a pit and then sold as a slave to the Egyptians. There he alternated between periods of time in power, time in prison, and time in power again.

When his family suffered famine in their land, they travelled to Egypt to obtain food. They did not recognise Joseph, but he knew who they were. Joseph had an opportunity to take revenge and to exert power over his family, but after weeping over the encounter, he controlled himself and served them a meal.

Joseph could have gloated and reminded them of his dream. But he didn’t. He slowed down and responded in the nature of God’s goodness.

In many areas of our lives we, too, have the choice to heed warnings from the Lord and to control our tongue and actions. When we hear a still, small voice saying slow down, it would be wise to do so.

Whether it’s speeding or controlling a lust for power, you will live longer and please your heavenly Father if you don’t do either.