The Cross Is Central

For I determined to know nothing among you except Jesus Christ, and Him crucified.  2 Corinthians 2:2 NASB 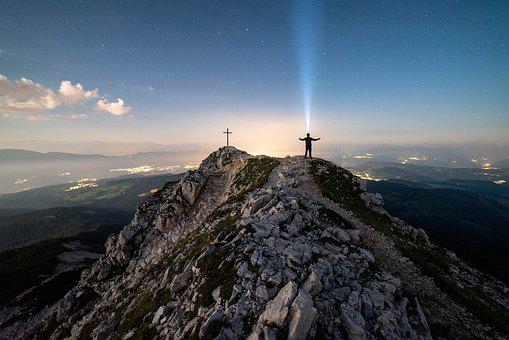 In Christianity, the cross is central.

Gordon Conwell College and Seminary once sat on the outskirts of Boston, Massachusetts. On the top of one of their buildings shone a large lighted cross. On one occasion, due to financial concerns, they decided to turn off the lights on the cross. After doing so, they received a call from the Boston airport asking if they would please turn the lights on again. The lighted cross had become a navigational point for planes landing at night. Aircraft were having difficulty finding the correct runway.

Without Christ, the light of the world, we walk in darkness. The cross points to that light. Christianity without the cross is like a river without water. A church without the message of the cross has no power.

How could Paul say he only knew and preached one thing: Jesus Christ and Him crucified? Didn’t his epistles address all sorts of things, such as marriage, submission, authority, and submission to government authorities?

Paul’s presupposition for all his instructions was the gospel, as in his epistle to the Romans. Exiled Jewish believers had returned to Rome and discovered that some of their beliefs differed from the Gentile believers—a hotbed for conflict. Paul skillfully explained the gospel message to address the conflict between both groups.

A church can easily stray from the cross’s centrality by preaching a human-centered gospel that begins with our problems instead of God’s solution: the cross. If the cross is no longer central, we will lose our way, like the planes that flew into the Boston airport at night without seeing the lighted cross.

How can you make sure the cross is central in your life?