A Hole in the Whole

From him the whole body, joined and held together by every supporting ligament, grows and builds itself up in love, as each part does its work.  Ephesians 4:16 NIV 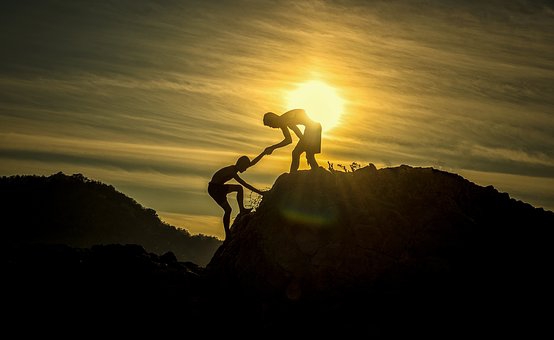 It was a beautiful day when I decided to join my daughter for a hike.

Although it had been two years since I last hiked, I donned my sneakers and went out the door—a decision I would soon regret. After hiking up a winding, steep, wooded trial, we began the descent. During the last quarter mile, I fell, rolling my ankle. The pain was awful. After a visit to the orthopedist, I learned I had suffered a high ankle sprain which would require four to six weeks to heal.

In the fourth chapter of Ephesians, the apostle Paul expounds on the importance of believers fulfilling their roles within the church. He encourages the church to walk in their respective gifting so that she can be built up and come to full spiritual maturity.

As I pondered this verse, I questioned what God was after. Why did I sustain this injury? Surely He could have prevented it.

After several weeks of incapacitation, something happened to the rest of my body. The weak ligament caused other parts to compensate for the injured part. My whole body suffered. Needless to say, the laundry wasn’t done as often, the dust settled, and my family had to help with numerous chores. Because of one tiny ligament, the entire household was disrupted.

The Scripture became clear. I had neglected responsibilities, and because of my neglect, there was a hole in the whole. Something was missing.

When we fail to fulfill our calling, the entire body of Christ suffers. When we don’t teach, someone is not taught they can do all things through Christ who gives them strength. When we don’t minister in song, someone isn’t comforted and encouraged.

God has used this experience to show me how important we are to His work. We’re called to build others up, and when we do, the church functions as it should. But God is faithful, even when we’re not.

Press on to take hold of that for which Christ Jesus took hold of for you. Fill the hole in the whole.