He didn?t have an impressive form or majesty that we should look at Him,no appearance that we should desire Him. He was despised and rejected by men, a man of suffering who knew what sickness was. He was like someone people turned away from.He was despised, and we didn?t value Him.  Isaiah 53:2b-3 HCSB 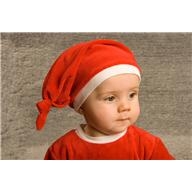 The queue wrapped around the palace. Young and old, people stood all day for news of the royal baby. Prince William and his bride, Kate, had just given birth to the next heir to the British throne, and the throngs were breathless as they waited to welcome the new prince to London.

I was in London that week and saw the crowds fight for a chance to photograph the announcement. Not the baby, mind you. Just the announcement. A slip of paper in a gold frame announcing his arrival. At the airport en route to the UK, I heard stories of people who flew to London in anticipation of the birth. Thousands of dollars in airplane tickets and hotel rooms just to catch a glimpse of the child who may be king one day.

The whole world eagerly welcomed young Prince George, the third in line to the throne. This little boy will grow up with every form of privilege. He’ll be surrounded by royalty, celebrities, and servants. His training will be Oxford or Cambridge. He’ll never lack for attention, and his every need will be met—needs that he won’t even know exist.

How different from another royal baby born over two thousand years ago. This other baby came into the world, and no one welcomed Him. Only His mother and father. The baby announcement didn’t draw throngs of eager visitors. Instead, His announcement was heralded by angels to a few common shepherds. No palace. No queues of eager onlookers. This royal baby would grow up apprenticing to a carpenter, a lowly tradesman. He would befriend fishermen and tax collectors.

A royal baby born in London the summer of 2013 captured the world’s attention. But the Son of God, the Prince of Peace, born more than 2000 years earlier is ignored by many.

Will you turn away from Him or will you value Him today?

Nivine Richie is a women’s Bible study teacher in Wilmington, N.C., where she lives with
her husband and two teenage children. A university finance professor, she is actively involved in
the Christian faculty association on campus. Nivine has participated in and taught many small
group studies over the years. She seeks to help others launch their own small group studies and is
available to speak at women’s events. She loves the coast, camping, and a good cup of coffee.
Her new book, Enduring Faith: An 8-Week Devotional Study of the Book of Hebrews is now available. Visit her at www.unfoldinghisword.com to find tools to help you grow as a small group leader. Contact her at nivine@unfoldinghisword.com on Facebook at https://www.facebook.com/UnfoldingHisWord
or on Twitter at @UnfoldHisWord.