See what great love the Father has lavished on us, that we should be called children of God! And that is what we are!  1 John 3:1 NIV 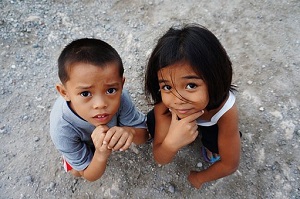 Little five-year-old Lotte had to pee.

Unfortunately, Lotte was locked in the Spielzimmer—the playroom—with the other children her age. She jiggled the locked door handle. Her red curls bounced as she jumped and tried to peer out the window. She called, but no one came.

Nestled under the Alps in the heart of Bavaria, the imposing four-story Catholic orphanage in Augsburg, Germany, was a large place. In the years after World War II, there were far more orphans than Nuns to shepherd them. Sometime they resorted to the only option they had: locking the children in a room.

The number one no-no was to wet her pants. Sweet little Lotte did the only thing she could. She broke a windowpane out of the door, stood on her tiptoes, unlocked the deadbolt, and raced to the bathroom. But as she crept back from the bathroom, a nun waited, hickory switch in hand.

Because it was almost St. Nicholas Day, Lotte quickly forgot about her punishment. In Bavaria, St. Nicholas comes on December 6th. For the children of the orphanage, it was the only time they received candy and toys.

December 6th dawned, and Lotte was thrilled. She could almost taste the candy. She also hoped St Nicholas would bring her a new doll. The children gathered, and the nuns passed out the gifts. When it was Lotte’s turn, she took her gift and eagerly tore open the paper ... and stared in shock. St. Nicholas had left her the hickory switch, along with a single piece of candy tied to it.

Tears welled in Lotte’s eyes. The other children squealed with glee with their candy and toys, but Lotte’s heart broke. Unable to control her weeping, she stumbled back to her bed and cried herself to sleep.

Not the happy, feel-good ending you expected? Does your heart ache for sweet little Lotte? How does our heavenly Father, who loved us so much that He let His only Son pay for our sins, feel when our sins entangle us and bring about our punishment?

Eventually, little Lotte left the orphanage in Bavaria and came to the United States. She began to use her full first name: Charlotte. Every year, she embraces Christmas with all her heart, having known what it was like to miss it. And oh yes, she eventually married me.