Praying for Eyes to See

Taking him by the right hand, he helped him up, and instantly the man’s feet and ankles became strong.  Acts 3:7 NIV 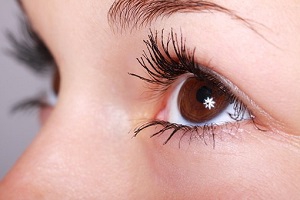 Some things God wants us to see are often overlooked and missed.

We once invited a married couple we’ve known for several years to church. We were concerned for the spiritual growth of the wife and had prayed many times for her strength in the Lord. At the end of the service, the unexpected and incredible happened. The husband responded to a call to invite Jesus into his heart.

The man broke down with tears in his eyes, raised his hand high, and invited Jesus into his heart. My wife and I were astonished. We were so focused on helping the wife that we had missed the one with the greatest need.

The book of Acts paints a picture of a similar situation. Peter and John were on their way to pray in the temple when they passed a paralyzed man sitting at the gate and begging for money. He lay there daily and had been passed by not one time but many times by believers. Apparently, no one said anything to him until Peter and John gave him the invitation of a lifetime.

God works in mysterious ways, and He wants to use us to tell the story. Often, we look for the right situation before we step out and share our faith. We seek God’s will but walk right by situations where He needs us to intervene. Once my wife Gail could not find her cell phone, and she was holding it in her hand.

Maybe you’ve passed by a similar situation as Peter and John. Perhaps you weren’t walking into a temple to pray, but the idea is the same. If we’re too busy and inwardly focused, we can miss those who need us the most.

Ask God to give you the eyes to see the opportunities He lays before you.

Zach Schaar is a graduate of Ohio Christian University. He has a growing passion to share Jesus with everyone he comes into contact with. He currently resides in Sugarcreek, Ohio, with his wife Gail, daughter Emmylou, and dog Hank.