Take Responsibility for Your Own Actions

For we are each responsible for our own conduct.  Galatians 6:5 NLT 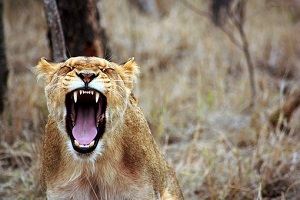 Growing up, it became a way of life—blaming others for my mistakes.

Raised by a strict and sometimes harsh grandfather, I was expected to be perfect. You know, the child who’s seen and not heard. To avoid his anger and unfair punishment, I learned to shift the blame.

As I got older, the habit continued. I struggled with inferiority and low self-esteem, feeling as if everyone was constantly judging me—especially when I blew it. It was very difficult to admit when I was wrong or at fault … to anyone. As a result, I became an angry person.

After battling anger for years and begging God to deliver me from this emotional baggage, my life changed dramatically one day when He told me I was choosing that behavior. It had become my default. When unable to control or fix a situation, my typical response was anger. My deliverance from that ungodly behavior came when I finally accepted responsibility for my own actions and stopped blaming everyone around me.

Too many times, especially as Christians, we tend to think admitting our faults and mistakes makes us weak. Others might think there’s something wrong with us. We want to be perfect in the world’s eyes.

As I found out, nothing could be further from the truth. It takes strength and courage to admit we’re wrong. Not only that, the Bible says Confess your faults one to another, and pray one for another, that ye may be healed (James 5:16 KJV). When we confess those faults (sins, shortcomings, failures, mistakes, blunders, mishaps, and faux pas), God forgives us and sets us back on the right path. We develop more compassion, even for ourselves. We’re also able to see things from a godly perspective.

One writer says, “Mistakes are natural and inevitable—and they’re just mistakes. They can be corrected. It doesn’t mean there’s something wrong with you.”

If you’ve become accustomed to shifting the blame, maybe it’s time to take responsibility for your own actions. When you do, God will set you free, pour out His forgiveness, and enable you to walk in the peace that passes human comprehension.