Do not be overcome by evil, but overcome evil with good.  Romans 12:21 NIV 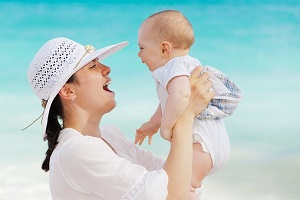 With a mixture of excitement and uncertainty, I looked forward to campus life.

I had settled into my dorm room, survived the first few weeks of life away from home, and established a routine for classes and study.

My parents had instilled in me the habit of a daily devotional time, so I opened my Bible for a few moments alone with God. As I turned the pages, a previously unnoticed scrap of paper caught my attention. A one-by-two-inch, 16-line poem lay before me. Although signed Mom, I would have known the source without her signature. The lower right edge pointed toward the first Bible verse my mother taught me: “Don’t be defeated by evil, but defeat evil with good” (Romans 12:21).

I’ve never known anyone else to claim Romans 12:21 as their first memory verse. However, it has served me well. When tempted, both as a child and a teen, the verse often came to mind. If someone hurt me and I wanted to get even, it told me not to. If I went along with a misguided crowd, I learned such activity created a void in my life, separating me from what I knew was right and leaving me guilt-ridden and ready to return to God’s goodness. The verse offered clear guidance and kept me out of a world of trouble.

The temptations of adulthood differ in some ways from those of earlier years, but those differences make them no less appealing. Fudging on time sheets, taking shortcuts on assignments, giving less than my best at work. Everyone else does it, so why not? Smear the name of those who smear mine, show disrespect to those who fail to respect me, mistreat those who mistreat me. Nope. The verse says otherwise.

Regardless of my age, Romans 12:21 holds true. Giving evil for evil, following a wayward crowd, or yielding to temptation always make matters worse. Only good triumphs over evil.

Yet we can’t get good enough on our own. That’s why Jesus came. He died on the cross for our evil, and He covers it with His righteousness—His goodness—when we accept Him as Savior and Lord.

Allow Romans 12:21 to guide your life as well. You will never regret it.