What we proclaim is not ourselves, but Jesus Christ as Lord, with ourselves as your servants for Jesus? sake.  2 Corinthians 4:5 ESV 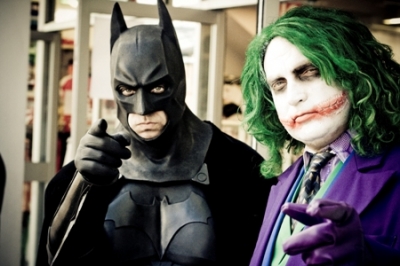 Jesus is the lead role. We play supporting roles. The Lone Ranger and Tonto. Fred Flintstone and Barney Rubble. Batman and Robin. Lucy and Ethel. These are all famous television duos with a lead role and supporting character.

I entered the Peter Piper tongue twister contest in Mrs. White's third grade class. “Peter Piper picked a peck of pickled peppers…” I won the top award for reciting the fastest, yet performing the lines with clarity. Living in a small town in the southwest mountains of Virginia where we all had a southern drawl—this was quite a feat.

Lead role? Supportive role? Maybe you landed the lead role in a theater production, a school play, a more prestigious screenplay or film. Perhaps supporting roles are your forte.

During Jesus’ earthy ministry, the twelve disciples were called to be supportive to His role and cause—His Father’s work being fulfilled. As Jesus’ disciples, we also play important supporting roles. We come alongside the cause of Jesus’ life, death, and resurrection—the gospel message—never upstaging the role of Christ, Who is the total representation of God and His glory. It's not about us. It's about Jesus—His fame and renown. It’s not about proclaiming ourselves, but proclaiming Jesus Christ as Lord.

Jesus is the leading role. He won the top award by wearing a crown of thorns for all mankind. He is forever crowned as Lord of all…to Him be the glory forever and ever. Never before has there been such a powerful leading role in film or history. His story cannot be matched. Jesus Christ—the lead role of all time.

Be a servant for Jesus’ sake. Lay down your agenda and plans and pick up His—His screenplay for your life. It will bring Him the most glory.

(Photo courtesy of morguefile and dmscs.)