Aligning with My Father's Dreams

Therefore, since we are surrounded by such a great cloud of witnesses, let us throw off everything that hinders and the sin that so easily entangles. And let us run with perseverance the race marked out for us.  Hebrews 12: 1 NIV 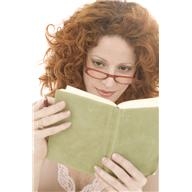 Sorting through my father’s belonging following his death, I discovered a box of notes, newspaper clippings, and audio-recorded interviews. The items were part of his research for a book he had written fifteen years prior … a story about a popular and colorful hometown hero.

Dad’s multiple attempts to publish the biography were all met with rejection letters. Despite a successful career as a small West-Texas newspaper sports writer and editor, he carried the disappointment of his unpublished book to his death. Returning those items to the box that day, I decided with a few revisions I might be able to fulfill my father’s dream of getting the book published.

Since that chilly winter day, a decade passed and the only time I touched the box and unpublished manuscript was when packing during three subsequent moves. Each encounter resulted in feelings of guilt and sadness for not fulfilling my father’s dream. While having a litany of excuses extending from work and family demands, community responsibilities, to returning to school for another degree, I realized it was time to let this go. I am certain this unfinished task would have made no difference for my father’s love toward me.

Still, lugging that box and guilt around for all these years would have never been Dad’s plan for me. Similarly, there are many burdens in life we chose to shackle ourselves with that our Heavenly Father never expects us to carry. Holding on to regrets and guilt over what never was—and often was never in God’s perfect plan for us—stunts our growth and prohibits us from fully glorifying Him and living rich, full lives. After throwing away all but a couple of notes of my father’s distinctive scrawl, I actually felt lighter. It’s a feeling you can experience once you finally let go of the disappointments and unattainable dreams and choose instead to rejoice.

Your Heavenly Father continually loves and cherishes you just as you are. Knowing this helps you clear away distractions and clutter from your life. Once the burden is gone, there is room to learn and grow. Listen closely to His sweet, soft voice as you pursue the dreams and desires He truly has placed in your heart.

Phyllis Hart Tipton lives in Hewitt, TX. She is a member of Christ the King Baptist Church and is active in
the phone-line prayer ministry. She is also a member of a writer’s circle, In The Words of Womyn, Phyllis
has been a runner for over twenty years, and starting competing in half marathons four years ago. She recently completed her twenty-third race. She is a doctoral-prepared registered nurse and works as a research associate at Baylor Scott & White Health in Temple, TX.