The Cure for Weak Faith

I assure you that whoever tells this hill to get up and throw itself in the sea and does not doubt in his heart, but believes that what he says will happen, it will be done for him.  Mark 11:23 GNB 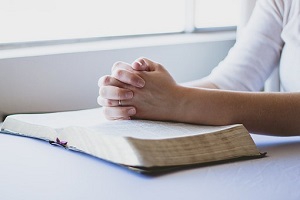 He did wonders no one had ever heard of or done before.

The world saw Him raising the dead, giving sight to the blind, and feeding 5,000 men—plus women and children—with five loaves of bread and two fish. The hungry crowd ate to satisfaction, and twelve full baskets of bread were left over. He exhibited supernatural powers over all evil principalities in the heavenly places. Such deeds kept His followers wondering and marveling among themselves.

Jesus Christ told His followers if their belief was without doubt, they could order mountains to be uprooted, and it would be done.

As children of God, we are entitled to victory through faith. There is power in our mouths, which belief in our hearts releases. And he who talks of a strong belief talks of faith. Through Christ, God gives us the power to change every situation that doesn’t align with His holy will for us.

God’s children perish because we lack knowledge. With the power God gives us through the name of Jesus Christ, we can dominate and overcome every negative situation. With faith, we can move mountains and displace oceans. To accomplish such, we need a mature and working faith.

A mature faith believes God never fails and will keep His promises. We can claim all of God’s promises. God is whom He says and will do what He says. As our Father, God wants the best for us, which is why we should speak success to every negative situation in our lives.

The best way to cure a weak faith is to act on the Word of God. Remember that God’s words have tremendous power.

Let God cure any weakness in your faith.

Desemond Mbantoh is a servant and lover of God. He is also a Christian blogger at https://bestofchristianity.com.