Yes, we are fully confident, and we would rather be away from these earthly bodies, for then we will be at home with the Lord.  2 Corinthians 5:8 NLT 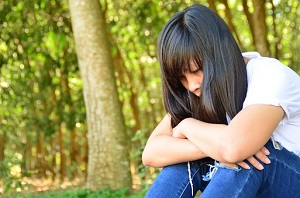 The day was both a sad, heart-wrenching day and a heart-bursting joyful day.

How can everything seem normal one minute and then, with the ring of a phone, my world become so sad? The phone call asked me to pray for Stephen, a dear friend. He had been missing in Tel Aviv for twelve hours. He failed to meet his travel group to begin their journey into the Holy Land—a trip he had sacrificially saved, planned, and prayed for.

After a twelve-hour search of his hotel and grounds, Stephen’s body was found in a stairwell, his luggage strewn around him, and a large gash on his forehead. He was gone from this earth.

Stephen loved the Lord with all his heart. He had grieved for three years since the death of his beloved wife of forty years who had fought a valiant battle with cancer. He and his four adult children clung to Paul’s promise: Yes, we are fully confident, and we would rather be away from these earthly bodies, for then we will be at home with the Lord. Stephen begged God to draw him closer to Jesus on this trip-of-a-lifetime, but that was where the Lord called Stephen to his heavenly home.

Sometimes, our plans are not God’s plans, and yet it seems as though Stephen’s prayers were answered. The church sanctuary filled with more than five hundred people who came from all over the country to celebrate Stephen’s life. They came because they wanted to remember him as a kind son, funny brother, devoted husband, loving father, doting grandfather, good and sometimes quirky friend, co-worker, carpenter, emergency room nurse, prayer warrior, Bible teacher, and generous and giving man. Christians and non-Christians alike shared how his life had impacted their lives.

God—who is always in control—gave us joy by giving us Stephen for a time. Now, he is in heaven for eternity where we will one day be reunited.

Commit to living your life to reflect Jesus as Stephen did.

Karen V. Neely is an only child. At the age of fifteen, she came to understand the personal salvation story through some high school friends and asked Jesus to be her Savior. Karen is married to her high school sweetheart and is a mother to a son and daughter, a step-mother to three boys, a grandmother to two boys, and a step-grandmother to four girls and three boys. She is a retired administrative assistant from an Illinois community college. Currently, Karen enjoys working part-time as a proofreader and writing children’s stories, which are inspired by the nine children in her life. She can be contacted at KarenVNeely@gmail.com.