He predestined us to adoption as sons through Jesus Christ to Himself, according to the kind intention of His will, to the praise of the glory of His grace, which He freely bestowed on us in the Beloved.  Ephesians 1:5-6 NASB 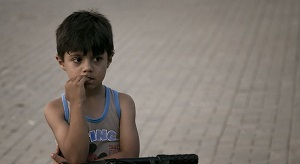 I was on the other side of the world, looking at a fourteen-year-old orphan.

As a last resort, the young girl had traveled with an embassy representative to the village clinic to see an American doctor. She had an incurable condition. Her parents had abandoned her as a baby and taken her to an orphanage. Maybe they could not stand to see her physical struggles. Now, years later, society considered her unadoptable and a blight.

The thought struck me that our merciful God pays close attention to the disenfranchised—the orphans, the widows, the poor. The Bible describes Him as a Father to the fatherless. He loves this teenage girl too, and doesn’t agree with our cultural idea that productivity equals value.

I also realized I once lived in this condition, hopeless and condemned to death because of my sin. God loved me before I knew it and chose to rescue me by sending Jesus to die for my sins. If that were not enough, He also ratified this redemption by adopting me into His family, even though I could have done nothing to earn it.

Not only did adoption give me a new relationship with my Father, it also gave me a new standing. As His child, He views me as someone who has worth, and I don’t have the insecurity that accompanies abandonment. I have Someone to whom I can go with my problems. Someone who will also give me an eternal inheritance.

I never saw the girl again. I pray she will get the medical help she needs, and that someone will tell her in her language about the Father above who loves her. She taught me that I have gone from hopeless and unwanted to hope-filled and treasured. Never again will I be abandoned.

Thank God that in Christ you are never abandoned.