For God has not given us a spirit of fear and timidity, but of power, love, and self-discipline.  2 Timothy 1:7 NLT 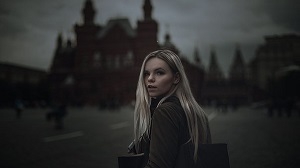 We romped and stomped with no fear.

Danger lurks on a farm, but my cousin and I ignored it when we were young. We played often in my grandfather’s barns. Barns where he kept farm implements, crops, and tools. Barns where snakes and wasps hid. We threw clods of dirt at wasp nests and watched as the angry insects swirled about seeking their enemy.

We mulled around in the hog pens, making spears from chinaberry trees and throwing them at the hogs. If not spears, we picked up large dirt clods and used them. Any of these hogs could have mauled us with little effort.

Occasionally, our grandfather would allow us to drive his small red tractor across the fields. I sat on the wheelbarrow while my cousin drove. I could have easily fallen off and had one of the large tires crush me. Death surely would have waited.

And we loved guns and hunting. We spent long hours in the woods by ourselves with no adult supervision. We could have accidentally shot ourselves or each other. My cousin and I enjoyed our escapades around the farm and never worried about danger. We were invincible.

Paul had no fear either, though he had reason to. Those who disagreed with his “salvation by faith alone” message hounded his steps. He was beaten, stoned, shipwrecked, jailed, and bitten by a poisonous snake. Yet he didn’t fear.

God doesn’t want us living in a permanent state of fear. If we do, we’ll never go anywhere, do anything, or take any risks. Our world is a scary place, especially since numerous terrorists now circulate about. The only way to avoid crowds is to stay at home.

Just as we trust God to keep our salvation secure, we must also believe He will keep us safe. Nothing enters our lives without first passing through His perfect or permissive will. Either way, He is in control. And He promises to bring good from it all, though the good may be further down the road—and often is.

God is sovereign. Trust your life into His hands so you can live without fear.