But seek first his kingdom and his righteousness, and all these things will be given to you as well. Therefore do not worry about tomorrow, for tomorrow will worry about itself.  Matthew 6:33-34 NIV 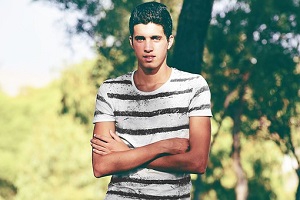 “These ninth grade boys are getting on my last nerve!”

I told the Christian Education Director I didn’t think I was right for the job. I had retired from teaching public high school and was doing my best to hold the attention of several hormonal teenagers during our Wednesday night Bible study on the sixth chapter of Matthew.

However, seven high school freshmen seemed to have little interest in our discussion. They expressed their boredom by checking their phones, kicking each other under the table, and passing notes.

One particular young man, whom I had already reprimanded several times for not paying attention, sighed loudly and slammed his Bible shut. This was his signal to me that it was time for class to end.

Afterward, when I expressed my concern to the CED, she asked me to give the class another try. She felt certain things would improve with time.

“You can win them over,” she cheered.

Reluctantly, I agreed to return the following week. I began class by asking if anyone could tell me what we had studied the week before. The young man whom I had reprimanded and who had seemed to be paying no attention to the lesson raised his hand.

“God’s gonna feed us and put clothes on our backs ’cause He does the same thing for the birds and for nature and stuff. With God, we don’t need to worry about nothin’. So what’s the topic for discussion tonight, Teach?” The young man sat back in his chair with a nonchalant grin.

After taking a moment to recover, I praised him for his accurate appraisal of Matthew 6 and introduced the theme of Matthew 7. Maybe I had judged these kids too quickly.

Obviously, God wanted to convince me He was in control. He would take care of my needs as well as the needs of these teenagers. They got the message, so why didn’t I?

Whenever you feel worried or inadequate or not up to the task at hand, give your concerns to God. Seek Him first, and ask Him to meet your needs. Even though you may not think He is listening, He’s hearing every word.