Therefore, there is now no condemnation for those who are in Christ Jesus.  Romans 8:1 NIV 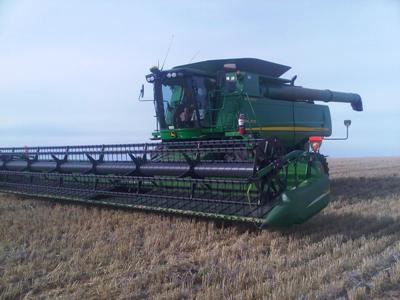 If there were a Nobel Prize for screwing up, I think I could win it hands down. The problem is, or at least was, every time I made a mistake I would usually point a finger in my own face and say “Good job—you did it again.” It’s never been difficult for me to allow the seeds from my mistakes to sow self-condemnation and doubt into my life.

But then I read the passage in Luke where Jesus told Peter that Satan wanted to “sift him like wheat.” Peter had just learned he was about to face a great test. As a measure of comfort, Jesus informed Peter he had prayed for him not to lose his faith. Sarcastically, I thought to myself “Some comfort—I’ll bet Peter would rather have heard something like ‘Don’t worry Peter. I’ll deal with Satan for you.’” That’s certainly what I would want to hear.

But in a flash, I saw this scene in a different light. The best part of what Jesus told Peter lay in what he didn’t say. Jesus didn’t tell Peter “Don’t let me down,” “Make sure you pass the test,” or “Do what I would do.” Rather, Jesus only told Peter he had prayed for him. Even then, Jesus didn’t pray against Satan. Nor did he pray for Peter to have strength and wisdom during the test. Jesus merely prayed for Peter to keep his faith.

My view of success was instantly and forever transformed. You see, success really has nothing to do with how well I perform during life’s trials. Nor does it really matter if I pass a test or not. No, the real battle is for my faith. In life’s trials, faith becomes the determining factor of success. So even if I fail every test that comes my way, but I don’t lose my faith—I still win! This makes my performance in battle irrelevant. My faith in the One who has overcome the world has made me more than a conqueror before the battle even begins.

I still make plenty of mistakes. But now I don’t allow those mistakes to define who I am. Their seeds find little fertile ground to produce the same fruit of condemnation they once did. That’s because they are now planted in the field of Jesus’ victory.

(Photo courtesy of morguefile and diannehope.)

Greg resides in far western Kentucky with his wife and three kids. He considers himself to be a secular minister cleverly disguised in the workplace as an Environmental Manager at a chemical plant. He enjoys spending time with his family and writing on his blog, Underground Priesthood, when he gets the chance. You can read his blog at https://undergroundpriesthood.wordpress.com/.