Use Your Own Armor

Then Saul gave David his own armor?a bronze helmet and a coat of mail. David put it on, strapped the sword over it, and took a step or two to see what it was like, for he had never worn such things before. ?I can?t go in these,? he protested to Saul. ?I?m not used to them.? So David took them off again.  1 Samuel 17:38-39 NLT 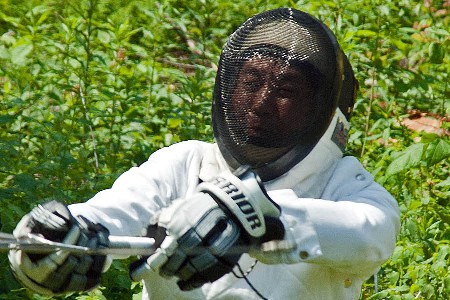 If you recall the story of David the shepherd boy when he went up against Goliath the giant, King Saul offered David his armor and sword for the battle. David put on the king's equipment, tried to walk around in it, but then decided it was useless.

It wasn't a good fit. It wasn't his style. He'd never worn such things before, and right before battle was not the best time to break them in. He stuck with his own tools—a sling and five stones. Tools he knew were more than sufficient for the task at hand.

Each of us has been given our own armor—abilities. If we try to put on the armor of someone else, it won't fit. We won't be a bit of good using it. We'll trip over our feet and fail miserably.

But we do that sometimes, don't we? We think someone else has a better sword. We try to wield it, but it's too heavy. We get exhausted in the process and aren't very successful.

Not everyone feels comfortable teaching children or feeding the homeless. Taking care of the sick may make us squeamish. Walking behind the locked doors of a jail to witness to inmates is definitely not for everyone ... and that's okay.

What say we be like David and put on the armor God gave us, take up the individual skills and abilities He put inside us, and stop trying to put on what belongs to someone else? How about we just be the us God created us to be?

(Photo courtesy of morguefile and Earl53.)