Look, there on the mountains, the feet of one who brings good news, who proclaims peace!  Nahum 1:15 NIV 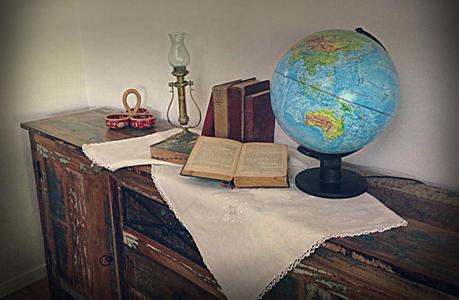 The world is in trouble. People fear what lies ahead. It sounds like the End Times, but times and circumstances can change for the better. Cycles of good and bad depend on our respect for God and His principles for living. Currently, the media discusses unemployment, financial problems, hunger, persecution, terrorism, and more. There are no apparent solutions nor hope. Some say, “The country is going in the wrong direction.” When bad is called good and good is bad, there is strong reason for concern. This situation happened before in world history.

Nahum was an Old Testament prophet in seventh century B.C. His name means “comfort of God.” Prophet Jonah, of “big fish fame” in the previous century, warned the Assyrian city of Nineveh that God’s judgment had come. People repented from evil to get right with God. Result? God withheld punishment. A hundred years later Assyrians returned to idolatrous living.

Nahum wrote about God’s character. God is jealous. He avenges. Slow to anger, He does not allow the wicked to get away with evil deeds. God was angry with Assyrian beliefs and their behaviors. Their soldiers headed toward Jerusalem to wipe out God’s people in that city. Known as ruthless and cruel, Assyrians met the fury of God as He used natural forces like tornadoes and earthquakes to destroy Nineveh, their capital city. Nahum got the job to announce Nineveh’s final doom.

Right in the middle of Nahum’s shocking announcement, he proclaimed three comforting truths: God is good, God is a stronghold in trouble. And God knows those who trust Him. He knew how scared Jerusalem’s citizens felt.

It is interesting to read Nahum’s book to learn God made the mountains quake. Contrast that with words to express the beauty of a good message, a message of peace.

God is in control of the universe. He is perfectly just. God will help us through difficult times and impossible circumstances. Concentrate on God’s goodness and He will filter out worries and give you hope.

(Photo courtesy of morguefile and Diannehope.)