Is That Our Baby?

Cast all your anxiety on him because he cares for you.  1 Peter 5:7 NIV 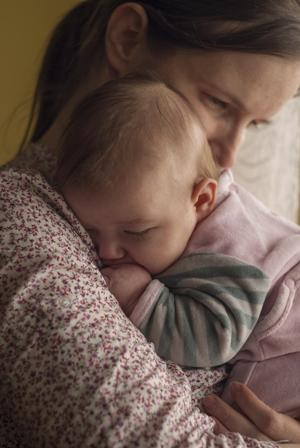 “Crystal’s in the hospital. They have to take the baby.”

“Both were in respiratory distress. A helicopter took Kaleb to Lexington.”

Two days sped by in a blur of rapidly worsening circumstances, phone calls, and medical jargon. My nephew’s wife struggled for her life following an emergency Caesarean section one night and open heart surgery the next. A heart pump kept her alive.

Their son, born seven weeks early, lay in a neonatal intensive care unit eighty miles away. With his little arms thrown to each side, he appeared almost lifeless. If Kaleb survived, lack of oxygen before birth could cause significant physical and mental problems. Realizing the gravity of the situation, friends and family around the world prayed.

My nephew and his in-laws stayed with Crystal. Kaleb’s grandmother and I poured out our hearts for Crystal’s future, the baby, and the weight on Trevor’s shoulders. We prayed “Lord, make this baby a fighter. Help him cry and work his little lungs. Let him get mad and throw those arms and legs around.”

The next morning when we entered the neonatal ICU, we were totally confused. I double-checked the nametag over Kaleb’s bed. My sister actually asked a nurse, “Is that our baby?”

The incubator and respirator were gone. Kaleb was waving his arms and legs and wailing like a siren. He had the most beautiful little temper tantrum we had ever witnessed. Tears streamed as Gail fed him, sang to him, and told him how much his mommy and daddy loved him.

He left the hospital in only ten days. His parents joined him after a month, minus the heart pump. Miracle followed miracle, but that first one left us with no doubt that God hears the specific desires of our hearts when we cast our cares to Him.

Give your burdens to God. Whatever the outcome, He promises His never-failing presence and love.

(Photo courtesy of morguefile and GaborfromHungary.)

Diana Derringer, a former social worker and adjunct professor, writes for several publications. She teaches a middle school Sunday school class, sings in the choir, and participates in missions activities through her church. She and her husband enjoy traveling and serving as a friendship family to international university students. Visit her at www.dianaderringer.com.