We know that in all things God works for good with those who love him, those whom he has called according to his purpose.  Romans 8:28 TEV 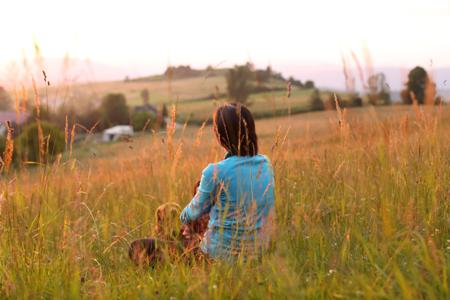 We’ve all had a pity party.  They take little preparation. Just gather a long list of “poor me’s,” and you are ready to party.

If you do have pity parties, perhaps you’d like to try the following idea. List the ways in which you have been blessed. This seems an excellent antidote for the blues. The following are included in my list:

EMOTIONALLY – When my husband of twenty-seven years left me for another woman, I was shattered. I began claiming God’s promises, and He gave an indescribable peace. Of course, there were lonely moments and times when my emotions tumbled like clothes tossing in a dryer. However, when I placed my emotions in God’s hands, I was bathed in peace and a deep joy.

MATERIALLY – After my husband left, I quickly realized I had to support myself. Like many women of my generation, I had been a homemaker and had never worked outside my home. Through a series of “mini-miracles,” I began working as a district secretary for a nonprofit organization. I was forty-five when my working career began.

PHYSICALLY – When I was a young mother of three children, extreme pain began tearing through my abdomen. I was sent to a hospital where exploratory surgery ended in an intestinal resection. I hovered near death at times, but eventually returned home to my family.

MATERNALLY – Like many mothers, I didn’t always understand my children as they grew from infancy to adults, and there were times when they certainly didn’t understand me. My three children and I survived, and today we have a good relationship. My son and his sisters threw away the childhood boxing gloves and now communicate as friends.

Romans 8:28 is one of my favorite verses. Through my trials and heartaches, God has proven this verse to be true.

My pity parties are growing fewer and farther between. It has become easier to dwell upon the blessings of God rather than upon the problem of the moment.

When you are tempted to start planning a pity party, try counting your blessings instead.

(Photo courtesy of morguefile and mariask.)