His clothes became shining, exceedingly white, like snow, such as no launderer on earth can whiten them.  Mark 9:3 NKJV 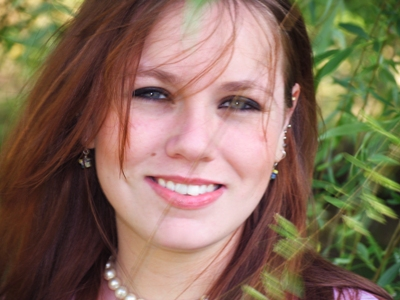 “If you’re not whitening, you’re yellowing.”  Every time I hear the ad on TV, it irks me … a lot. The irritating slogan was obviously designed to boost sales of the teeth-whitening product. Yet, all it does for me is make my lip curl. It bothers me because it’s true. Every bit of food and every drink I take leaves a little something on my teeth. Nobody wants yellow teeth, but there’s work involved in keeping them white. And a cost too.

Thankfully, the same is not true with God. The work was done by Jesus. The price was paid when He died on the cross. His clothes became shiny and exceedingly white, like snow—such as no launderer on earth can whiten them. This verse is a picture of what He’s done for us.

Jesus went up the mountain, looking just like a regular person. Once at the top, He was “transfigured” and became blindingly white. The Bible tells us that even though our sins are like scarlet, they shall be as white as snow. That’s not by our doing. It’s all because of Jesus. It’s a holy whitening.

God is more concerned with our heart than our performance, and that’s a good thing. We’re never going to get it all right. We mess up. We let people down. We fail Him daily, sometimes in ignorance and sometimes by choice.

Truth can be hard to hear, but if it comes from your Heavenly Father, there is good in it. He’s never “brutally honest.” God’s Word speaks in love—with purpose. His presence will leave you radiant. Just like the commercial ... if you aren’t working on whitening, then your soul is growing yellow.

If you’re feeling less than white, let the cleaning begin. Ask God to give you a pure heart and reveal any changes which need to be made. Then listen. God can bring you to mountaintops too, but when you’re back on flat ground—and especially in the valley—look up. It’s not about you.

God sees you through His Son, white as snow. Shine away and let the world know you’re coming. They just might need their sunglasses.

(Photo courtesy of morguefile and anitapeppers.)

Cheryl Cunningham lives in New Jersey with her husband and four children. She is a stay-at-home mom who volunteers at a local crisis pregnancy center. She grew up in a Christian home as a preacher’s kid. Her love of writing was discovered following her first miscarriage when, through the loss of her unborn baby, a poem was born. She is the author of Holy Crap!, which can be found at http://www.blurb.com/b/4063210-holy-crap. She writes for the sheer joy of it and hopes to encourage others through sharing what God has done in her life.