Charm is deceitful and beauty is vain, But a woman who fears the Lord, she shall be praised. Give her the first fruit of her hands, And let her own works praise her in the gates.  Proverbs 31:30-31 NKJV 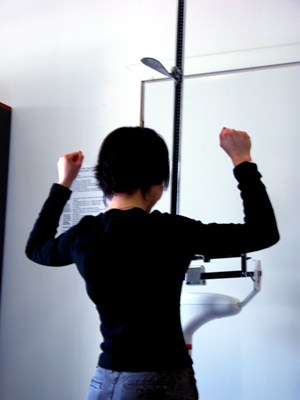 I married a farmer’s daughter who is described by her sister as “the pick of the litter.”

Growing up on a dairy farm, my wife learned about chores and developed her body by bailing hay. She and her sisters developed a work ethic that despises idleness, and they learned the joy of using a strong, healthy body.

I met another psychological therapist on a trip who also married a farmer’s daughter. His wife has the same traits. We agreed this upbringing contributes to our wives becoming superlative wives.

Two weeks ago at our beach community, my wife brought home what I named “Whale Boy” because he looks just like a Sperm Whale. The day before, my wife spotted a piece of driftwood and was determined to take it to our home in Arizona. This soaked piece was three and a half by two feet and weighed some two hundred pounds. To be honest, I thought she must have had too much salt air.

As we fought the driftwood out of the surf, I thought reality would strike. I was wrong. I thought she would forget about it overnight. You’d think I’d know better by now. I woke up the next morning, and Whale Boy was sitting in our back yard.

She had awakened early, taking our kayak gurney down to the beach. She then slowly worked her treasure onto the gurney, wrapped the rope around her waist, and struggled her way across the beach to the boat dock. She towed it home the same way, one step at a time.

Dried out, Whale Boy now weighs about seventy-five pounds. To me, Whale Boy represents my virtuous wife. She approaches life one step at a time and has always used her hands to serve her family and others. She believes she can do all things with Christ strengthening her. I am a blessed man.

Become a virtuous woman. Bodies and backgrounds differ, but every woman can claim the Lord is her strength and be a constant channel for God’s love.

(Photo courtesy of morguefile and clarita.)