A Race to Believe 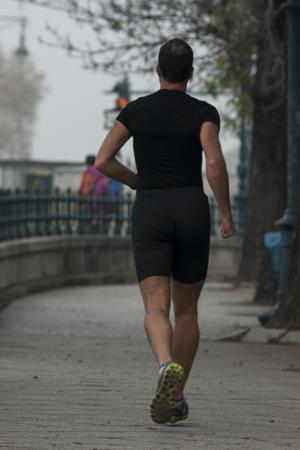 It was a foot race neither would ever forget.

Peter and John raced as fast as they could to the tomb where Jesus was buried. Some of the women had just told them Jesus’ body was no longer there. What they were saying was stunning in its implications. It was also told with such excitement, the men weren't sure what it meant. They would need to see the sight for themselves. So the race began. John only refers to himself in Scripture as the “other disciple,” but his humility does not prevent him from telling us he won the race.

Both looked into the tomb. Both saw the strips of linen lying there ... but no Jesus. John tells us when he saw, he believed. He hadn’t yet connected the dots that this was what Jesus had been saying all along. Yet he knew in his heart Jesus truly is who He said He was.

The impact of what they saw stays with both of these men for the rest of their lives. John goes on to tell us in his first epistle what they saw and heard. What they touched was made manifest so they could see and testify.

John’s eyewitness testimony is compelling. He saw many things and witnessed many miracles. And now he could add the resurrection of the Son of God to the list. His witness calls to us to listen carefully to what he has to say and believe as he believed.

When you are preparing to run the race of life, take time. Look, listen … believe.

(Photo courtesy of morguefile and GaborfromHungary.)

Lee Reed is a teacher at heart. Currently teaching in North Central Florida, he and his wife, Karen, spend part of each year in Cambodia where quality instructors are in high demand. Theirs is a journey of faith, requiring a sensitive ear to the rhythms of God’s voice to know how and where to be effective for His kingdom.