To illustrate the point further, Jesus told them this story: "A man had two sons."  Luke 15:11 NLT 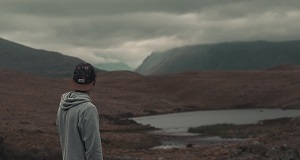 I was not as good as I thought.

I grew up in church and had all the perfect attendance Sunday school pins down one lapel and up the other one. I made a public confession of my faith and was baptized—which was expected of all young people in the church. People knew me as a good boy. I tried to do the right things, especially on Sunday mornings—until one day on my college campus I gave my heart to the Lord. Then I saw I was a lot more like the older brother in the story Jesus told.

Luke records Jesus’ story about two sons. The younger forsook his father and his household while the older stayed home and did all the right things for all the wrong reasons.

The younger brother spent his inheritance on wild living. He lived among the pigs and even desired their food. He finally came to his senses and realized he no longer had the right to be called his father’s son.

The younger brother returned home and told his father about the sorrow he had experienced in his heart. His father, being a type of Christ, treated him as if he had never sinned. He clothed him with a beautiful robe and killed the fatted calf for a celebratory feast.

Enter the older brother. He was not excited about his brother’s return. He was angry that his father didn’t give his brother what he deserved. All the elder brother’s good works did little to change his heart. He served his father, but not out of love. He tried to earn what he felt he deserved: his inheritance.

Recognizing our sin against God is like finally seeing the obvious. There are none so far from God that live close to Him without ever really knowing Him. We can never receive anything from God until we realize we deserve nothing.

But repentance never demands mercy from the one we’ve offended. And when our hearts are right with God, we always rejoice when others repent.

Trying to work for our salvation always makes us feel entitled. Don’t try to earn what you can only receive by God’s grace.