The Transforming Power of Forgiveness

Then Peter came to Jesus and asked, "Lord, how many times shall I forgive my brother or sister who sins against me? Up to seven times?" Jesus answered, "I tell you, not seven times, but seventy-seven times."  Matthew 18:21-22 NIV 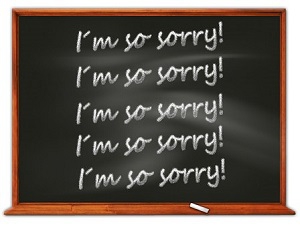 We’re often not openhanded with forgiveness.

Several years ago, lies were told about me, and the pain was deep. The individual eventually sought my forgiveness. Although I told them I forgave them, inwardly I struggled to walk in obedience to God’s Word. I knew what I should do, but carrying it out was difficult.

Months passed before I saw them again. Instantly, I tensed. I clung to the offense like a comfortable robe. Only I didn’t know it was dirty. As I considered my conduct, I realized I was behaving like a child who had been caught mistreating their sibling. I knew what my Father expected, but I hadn’t yet forgiven them in my heart.

Peter thought himself charitable, but Jesus demonstrated that true forgiveness, like His love, has no limit.

Having read the narrative hundreds of times, I reasoned that if I were repeatedly wronged, the severing of the relationship would soon follow. But when we’re earnestly pursuing God, He will show us when we’re in error.

During my season of struggling to forgive, God taught me that the temptation to relive the pain would resurface. When it did, I had to choose to forgive every time. God isn’t satisfied with mere words; He probes our heart and engineers our circumstances until we finally release the offense.

We are prone to withhold forgiveness until we feel ready—or the offender shows remorse. We say, “I’m praying and asking God to help me forgive.” That sounds correct, but it isn’t theologically accurate. The truth is, forgiving someone is an act of obedience, not a feeling.

We’ve all been wounded. Through these experiences, God transforms us, making us a clearer reflection of Himself. The process isn’t painless, but the rewards of obeying and doing things His way far outweigh the unwelcome cycle of pain.

When we recall all God has forgiven, we’ll be less inclined to keep a record of injustices. His forgiveness should cause us to be more charitable with our own.

I’ve since offered forgiveness in keeping with God’s Word. But it is a daily decision.

Strive to extend forgiveness, and allow God to remove the sting of the offense committed against you. When you do, you’ll walk unencumbered by the sin that easily entangles.