Whoever conceals their sins does not prosper, but the one who confesses and renounces them finds mercy.  Proverbs 28:14 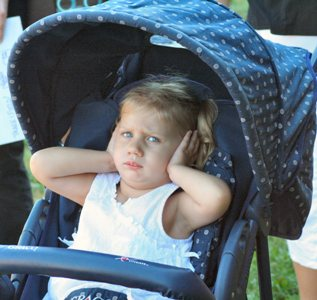 My four-year-old granddaughter waited two days to tell us.

Victoria had put popcorn in her ear. It was one of the Old Maid kernels left at the bottom of the bowl. Afraid her mother would be angry, and not wanting anyone to mess with her ear, she said nothing. Even when she did complain, she still didn’t tell the truth. A small flashlight revealed something, but we were all unsure what it could be. Traditional washes and drugstore earwax removers did nothing to dislodge it.

Victoria’s confession still did not show us the scope of the problem. Her pediatrician recommended the ER. She went cheerfully on the field trip with her father and me, as her mother was at work when the verdict from the doctor was pronounced.

A nurse tried surgical tweezers, which only succeeded in bringing Victoria to hysterics. When the doctor arrived, he managed to check inside her ear. He had an ingenious pain-free plan for extraction. Victoria didn’t believe him. So, as four adults held her down, the doctor placed a small amount of super glue on the end of a surgical cotton swab and placed it in her ear. He waited thirty seconds before removing it from her ear. He pulled out the cotton swab with the huge Old Maid kernel on the end.  We had no idea how big it really was, and we didn’t have the skill at home to remove it.

Sin starts as a kernel … some little compromise or habit. At first, it’s embarrassing. Then it gets uncomfortable. Then painful. We fear the reaction of others if we confess our sin. Finally, we believe there is no hope for us. It is too painful for us to be set free.

Then the Great Physician, Jesus, comes along and His gentle touch draws us to Him. He reassures us He is able to forgive and deliver. Sometimes we struggle against the help, even denying we need it. Once we surrender in the midst of our struggle, He sets us free. For Him, it’s simple. Confessing our sin and letting Him deliver us is often harder than it needs to be.

Do you have a hidden sin that’s robbed your hope and taken you captive? Allow Jesus, the great physician, to remove it from your life.

(Photo courtesy of morguefile and jclomek.)

Cindy Huff is a multi-published writer. Her debut novel is with editors. She has appeared in Christian Communicator, Splickety Prime, and a variety of other periodicals. Her flash fiction Work will appear in Splickety Publishing Groups’ upcoming anthology. She has been a Bible teacher, speaker, and drama coach both in the US and the Philippines. When she isn’t writing, Cindy cares for her elderly parents and enjoys her six grandchildren. She and her husband Charles make their home in Aurora, Illinois. You can check out her blog, www.jubileewriter,wordpress.com, visit her on Facebook, www.facebook.com/cindyehuff, or follow her on twitter @CindyErvinHuff.