If we have food and clothing, we will be happy with that.  1 Timothy 6:8 NIV 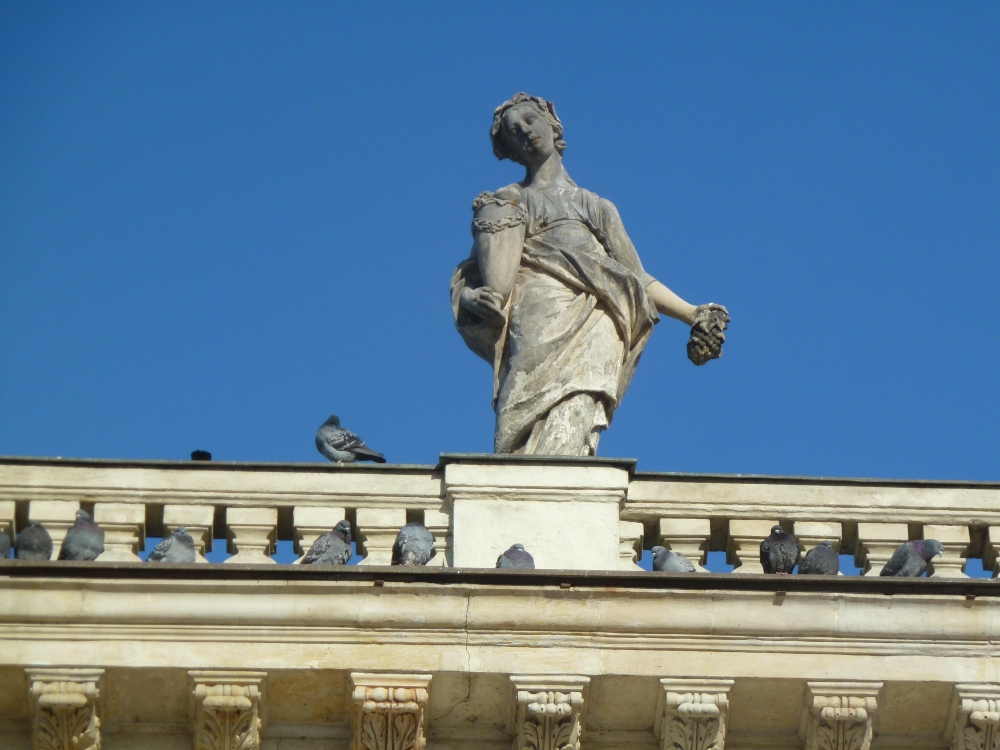 “Feed the birds, tuppence a bag.” Mary Poppins sang about the old beggar woman who sold breadcrumbs on the steps of St. Paul’s Cathedral. “Feed the birds. Tuppence a bag.” I remember wondering why the old woman was so poor, and why Mr. Banks wouldn’t let the children buy a bag of crumbs to help her out. His intent – for the kids to learn to save their money for . . . retirement.

Retirement is supposed to be . . . comfortable. Either that or I fell for the age-old lie that retirement is filled with travel, adventure, and financial security. Thanks to slips in the economy,  we seemed to have only tuppence (twopence) left.

In my first marriage, we’d begun a small nest egg, but divorce bit into the account and I had nothing. The boys and I moved into a borrowed room in the basement of my parent’s home. There, I literally saved my pennies just to buy food.

My parents would have happily given me money if I had asked. I didn’t ask. I needed to learn to be self-sufficient, even if it meant doing without. I saved my coins in a jar and watched for the sales. In those days, ninety-nine cents would buy you two yards of cotton fabric that would make a shirt and a pair of elastic waist pants for the boys. We ate a lot of spaghetti and peanut butter, but we were grateful for what we had.

Mary and Joseph had what they could carry with them. There wasn’t much room on a donkey’s back when a pregnant woman took up the majority of the space. And Joseph’s back could only haul so much. I can’t speak for the peculiar pair, but I’d guess the two were still somewhat stunned at the reality of becoming parents. And not just any parents – parents of the Messiah. I doubt possessions topped their lists. Searching Bethlehem for a place to sleep was probably the first real slap in the face to understanding what poor meant.

When they settled into a dark and dreary stable and Mary gave birth, grateful was probably an understatement. They snuggled close, held their newborn son, and gazed into the eyes of God. My guess is, in that moment they had all they needed . . . food, clothing, and happiness.

My days of poverty are gone. In truth, retirement isn’t so bad. God has provided every need . . . each one as it has risen. At the end of our first year of retirement, our bank account shows we have what we began with, plus a tiny bit extra. Go figure.

This year we’ll spend a few leftover tuppence for those in need. As we do, we’ll reap the joy of what we have. Food. Clothing. And happiness. Don’t let the pressures of Christmas-buying weigh you down. Be happy in what you have, for God sees every need.

If He cares for every bird, He’ll care for you.