No one can serve two masters. You cannot serve both God and money.  Matthew 6:24 NIV 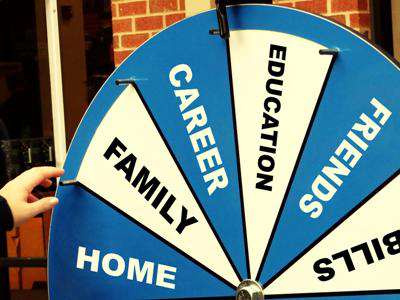 Last Christmas, a curious event took place as I was enjoying some Christmas music. When the CD finished, I had a choice to make. I could enjoy the quiet or play more music. I decided to listen to the same disk.

Since I was working on something in the kitchen, I pointed the remote control at the stereo and pressed play. Not only did the stereo obey the command but so did my space heater. I guess it wanted to play, too.

I live in Texas. It was over 70 degrees outside. I didn’t need a heater pumping out heat while running up my electric bill. So I walked over and poked the off button on Mr. Heater.

My attempt to save effort turned into more work in the long run. Now I make sure the heater is behind me whenever I use the remote control. That way it won’t serve two units at the same time when I only want one working.

In the middle of the Sermon on the Mount, Jesus warned against tryingto serve two masters at the same time.

We try. Don’t we? We long to be the exception to that statement. “If I can make enough money to fund an orphanage, then all this work will be worth it.” Or something to that effect.

The problem arises when we need to compromise to reach that next rung on the ladder we’re climbing in an attempt to build our kingdom of wealth. This will be worth the trade off we tell ourselves. All the while, that orphanage is lost in the shuffle. Before long priorities shift to making even more money for the purpose of making more money, not helping orphans.

Jesus said if we concentrate on building His kingdom, things will fall into place. That orphanage will be funded with a group effort better than an individual one.

Set your priorities on God’s kingdom. Let Him be your master.

Wade Webster is the author of 100 Prayers of a Writer. He builds God’s kingdom from Plano, Texas, and blogs at http://www.wadewebster.com.