Ministers Have Problems Too

Carry each other?s burdens, and in this way you will fulfill the law of Christ.  Galatians 6:2 NIV 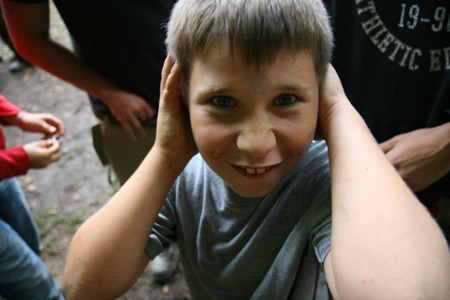 A minister and his wife were plodding through a heartbreaking period, trying to cope with a rebellious daughter. Her history: running away from home and associating with addicts.

The problem was affecting the other children in the family, and at times frustrations threatened to overwhelm the parents. They kept the concern to themselves, fearing what people would think. One evening during a prayer meeting, the minister decided he’d share his heartache with those present. He began by saying that ministers sometimes have troubles they can’t handle. When a member of the congregation heard this, he replied, “I don’t want to hear about it. I don’t like to think ministers have problems. It destroys their image.”

The minister changed the direction of the conversation and locked his anguish into a closet in his heart. In a group where he should have been able to share what he and his wife were going through, he only heard a door slamming shut.

Most ministers do not want to be placed upon a pedestal. They know they have faults and realize they need to allow the Lord to work in their lives. They want to be treated as friends, not as someone who is unreachable and out of touch with reality.

How do we react to our minister? Do we allow him or her to be human, to share problems if they choose, and to have the freedom to share their needs as other members of the congregation enjoy?

Galatians teaches us to carry each other’s burdens. Christian leaders need our prayers, our help, and our willingness to listen. After all, ministers have problems too. Let your church leadership know you are supporting them. Lend an ear, and share the compassion of Christ.

(Photo courtesy of morguefile and and dr._evil.)