I was a stranger and you welcomed me.  Matthew 25:35c ESV 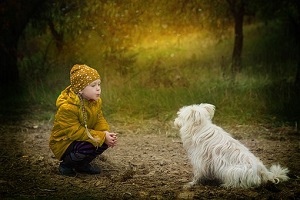 Within five minutes, a stranger had told me he was seventy-three years old, had cataracts, had lived with type-2 diabetes, and had an upcoming urologist appointment.

This gentleman and I were in an office reception area, waiting to be called for our respective meetings. Although surprised by his transparency, I listened attentively and wished him well.

As I walked through the lobby after my meeting, a teenage girl and her mother approached me. “Do you know the address of this building?” the girl asked in halting English. Apparently, someone had dropped them off for an appointment. Now they were trying to schedule a ridesharing service to pick them up. I told them the address, and they booked their ride.

Later that day, I thought about how much time we spend interacting with strangers. The cashier at the supermarket. Commuters on the train. Joggers in the park. Most of the time, we look past these encounters without a second thought.

Some say we should always be kind because everyone we meet is fighting a battle. What would happen if we offered a quick greeting, made eye contact, and smiled warmly at the strangers we meet? How might that lift a person’s spirit?

Under the Old Covenant, God said, “You shall treat the stranger who sojourns with you as the native among you, and you shall love him as yourself, for you were strangers in the land of Egypt: I am the LORD your God” (Leviticus 19:34 ESV). How much more should we who are under the New Covenant reach out to strangers and foreigners.

The childhood warning not to talk with strangers has made many fearful of people they don’t know. But Jesus talks about the power of being kind to strangers—and its significance goes far beyond mere benevolence. Jesus says when we feed the hungry, clothe the poor, visit the sick and imprisoned, and show hospitality to strangers, we serve Him and are greatly blessed.

See how many strangers you can engage. A simple smile can make a world of difference to someone who is lonely or hurting.