His mouth is full of lies and threats; trouble and evil are under his tongue . . . His eyes watch in secret for his victims; like a lion in cover he lies in wait.  Psalm 10:7-8 NIV 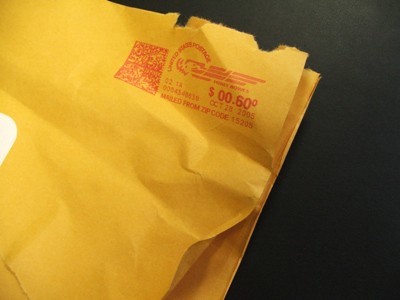 A few months ago, I received a letter from a government agency stating that I owed more than $3,000. I was flabbergasted. But in the face of the shock, God wrapped me in His peace. Then He led me to take action: gather all the documents related to what the agency said had caused the presumed shortfall and respond.

Several weeks later, I received two letters from the agency. The first stated they had received my reply and supporting documentation, and that they would contact me within sixty days. The second letter—dated a week after the first—reported “We’re pleased to tell you that the information you provided resolved the issue in question, and our inquiry is now closed.” Above that sentence was written “Amount due: $0.00.”

I dropped to my knees and thanked God, realizing He had a lesson for me in the situation. How many people receive erroneous bills each year and simply pay them because they want to make the situation go away? Similarly, how often do we hide in fear or crumble under the devil’s attacks against us instead of turning to the Lord and wielding our God-given armor?

The psalmist’s lament in Psalm 10 about a physical enemy aptly describes our spiritual adversary’s attacks against us. He threatens, lies, and terrorizes. It’s easy to feel overwhelmed and helpless when he strikes. But instead of being a pushover, I’m asking God to help me push back—not in my strength but in Christ’s.

When apparent threats and difficulties around you swirl, remember many are merely false alarms—deception from the one God calls the father of lies. Live boldly and confidently in Christ, knowing that He is greater than those who are in the world.