Beware that in your plenty you do not forget the LORD your God and disobey his commands, regulations, and decrees that I am giving you today.  Deuteronomy 8:11 NLT 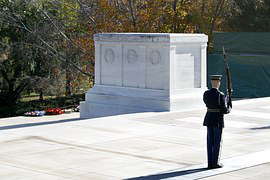 Forgetting what one needs or wants terribly to remember is a horrible thing.

I once chaperoned an eighth grade trip to Washington, DC. Memorials are always high on the list of things to visit because they are constructed to help future generations remember a particular person or event.

While not the most popular, the most interesting memorial for me was the Korean War Memorial. The artist majored on the number thirty-eight. Thirty eight was the number of the parallel that divided North and South Korea. It was also the number of months affected by the war. A problem arose, however, when trying to place thirty-eight life-size soldiers on the designated plot of land which had only enough room for nineteen. The artist decided to design a reflective wall. When looking at the wall, thirty-eight soldiers are seen trudging through terrain representative of Korea instead of the actual nineteen there. Problem solved. Statement made.

Memorial Day is the day when Americans remember military personnel who have died while serving their country. The holiday originated as Decoration Day and was established by a group of Union veterans. Eventually, competing Union and Confederate holiday traditions were merged into one and celebrated together.

God also likes memorials and warns His people repeatedly not to forget Him or the things He has done for them. In Israel’s history, delivering them from 400 years of Egyptian slavery needed remembering. For Christians, the big unforgettable deliverance is Jesus’ crucifixion and resurrection.

For years, I’ve worn paraphernalia with Christian symbols on them—mainly the cross. Since I got in on the tail end of the hippie movement, wearing jewelry came naturally. From necklaces with crosses to watches, bracelets, key rings, and shirts with the same, I’ve worn it all—with the exception of earrings. Needles never attracted me.

While jewelry and other clothing articles with Christian symbols can make good witnessing and conversation starters, my actual lifestyle is a better memorial to the difference Christ has made in me. Symbols mean little without actions, attitudes, and words to back them up. Just as America’s war memorials would mean nothing if we cast aside our love for freedom and our appreciation for those who bought it.

Americans remember their military dead with a holiday. Build something that will help others remember what Christ has done for you.