Courage in an Upside-Down World 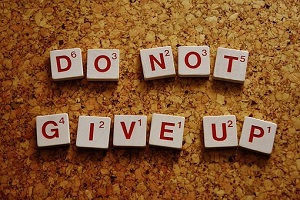 Have you seen the show that left America on the edge of its seat?

Fans of “Stranger Things” know all about The Upside Down–a nightmare version of the world we live in, complete with monsters and mayhem. But even those who’ve never watched are familiar with a place where life is the opposite of all it should be. A place where fear closes in, and there seems to be no escape. I’ve been there.

As a child, the solemn oath, “Cross my heart, hope to die, stick a needle in my eye,” scared me to death. As an adult, that fear became reality. Without warning, I experienced a stroke in my eye—a treatment requiring a series of eye injections while fully awake. My options only included getting the needles or going blind. Enter panic.

This trapped feeling reminds me of the story in 2 Kings 6 where the prophet Elisha and his servant, Gehazi, were surrounded by the fiercest army and completely outnumbered and doomed—or so it appeared.

Upon Gehazi’s cry, “What shall we do?” Elisha replied, “Do not fear, for those who are with us are more than those who are with them.” He continued, “LORD, I pray, open his eyes that he may see.” Then the LORD opened the eyes of the young man, and he saw. And behold, the mountain was full of horses and chariots of fire all around Elisha.

Heaven’s army, greater in number and fire power, was there all along. God revealed this invisible realm and changed Gehazi’s perspective. And prayer was the key. Prayer also opened my eyes. God showed me His vision would be enough—even if mine was not—and exposed panic as the enemy’s weapon. I wasn’t about to lose that battle with all the power of heaven fighting for me.

When we feel caught in the upside down of this fallen world, sometimes the crux of the war lies within. We need to surrender to sovereignty and pray for sight. God’s presence makes a world of difference. Gehazi recognized this.

Take courage in our God of wonders and look again. Stranger things remain to be seen.

Cheryl Cunningham lives in New Jersey with her husband and four children. She is a stay-at-home mom who volunteers at a local crisis pregnancy center. She grew up in a Christian home as a preacher’s kid. Her love of writing was discovered following her first miscarriage when, through the loss of her unborn baby, a poem was born. She is the author of Holy Crap!, which can be found at http://www.blurb.com/b/4063210-holy-crap. She writes for the sheer joy of it and hopes to encourage others through sharing what God has done in her life.