You Are the Man 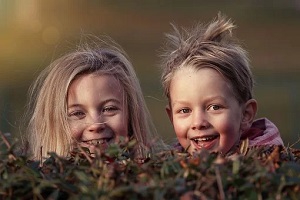 My baby sister, who is nineteen years younger than me, showed a deep interest in God and the Bible from an early age.

When she was five, I got in a minor jocular tiff with Mom. My sister, who witnessed the entire episode but missed the humor, was aghast. Thirty minutes later, she knocked on my door to inform me what I had done was wrong. “God doesn’t like it, Jesus doesn’t like it, and the angels don’t like it. You should tell Mom you’re sorry.” Then, she strode from my room, but her prophetic admonition still rang in my ears.

It was an admonition stronger than needed, but even then I appreciated my sister’s concern for my spiritual well-being. Before and since then, trusted friends have periodically called me out for more serious failings. As unpleasant as these rebukes have been, I now recognize them as prime demonstrations of God’s mercy.

Of all the acts of covenant faithfulness God shows David throughout Scripture, perhaps the kindest was His sending the prophet Nathan to tell the king a story about a murderous, thieving rich man who escaped justice. David’s righteous indignation over this story was thrown back in his face when Nathan said, “You are the man!” David was cut to the heart, but the pain itself was mercy. Before this encounter, no indication that the king had any intention of repenting from his murder and adultery is apparent.

We, too, are prone to double-down on our mistakes, bad habits, and sins. We need people who love us too much to let us persist in destructive stupidity. And in fact, God generally gives us just those people—sometimes in the form of a baby sister.

Accept God’s mercy, and listen to those He sends to gently correct you.

David Clay lives in St. Louis, MO, with his wife, Rachel, and daughter, Eliana. He works as an office manager and pastoral assistant.