I plead with you to give your bodies to God because of all he has done for you. Let them be a living and holy sacrifice?the kind he will find acceptable.  Romans 12:1 NLT 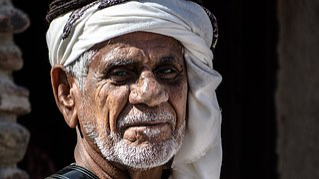 I tried to tell Dad Jeremiah wasn’t the prophet or a bullfrog, but he wouldn’t listen.

One of Three Dog Night’s more famous songs—that wasn’t supposed to be—was “Joy to the World.” What made it famous was the opening line: “Jeremiah was a bullfrog.” Being a child of the 60s and 70s, I naturally loved the song. My dad, on the other hand—a fundamentalist preacher—hated it as much as I esteemed it. In his mind, the song made fun of the biblical prophet.

According to one band member, the original line to what was supposed to be a silly kid’s song was, “Jeremiah was a prophet.” Perhaps Dad was right. The writer of the song, however, said, "Jeremiah was an expedient of the time. I had the chorus for three months. I took a drink of wine, leaned on the speaker, and said 'Jeremiah was a bullfrog.'"

Whether the song was written to make fun of the prophet or not seems uncertain. What is certain is that my dad was doing his best to obey what Paul wrote. He wanted his body—including his mind—to be pure and holy before God. Listening to things that were sacrilegious wasn’t permissible for him, and he didn’t want me to listen either. That might also explain why he rarely went to the movies or watched anything but the old flicks on television—the ones produced before cursing and overt sexual content were allowed.

Even at a young age, I thought Dad might have gone a little overboard, but I admire anyone who stands for what they believe. And Dad did. Convictions are essential to life. Without them, I’m blown about like a tumbleweed. While I didn’t always share my father’s convictions, I admired the fact he had them and watched his example to manufacture my own.

I doubt Three Dog Night’s song was making fun of the biblical prophet, but the controversy taught me there are things and people who will attempt to lead me away from God’s standards. Only by establishing convictions built on God’s Word can I remain on the straight and narrow path God wants me to walk—just as Dad did.

Let your convictions mold your lifestyle.