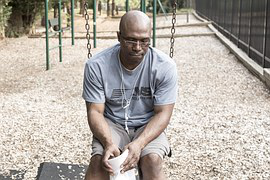 Skin cancer can teach a person a lot about Jesus.

I was on our back deck watching the hummingbirds fight over their nectar jars. Suddenly, I felt a itching on the lower part of my left jaw. Thinking it must be a bug bite, I tried to ignore the itch. Ignoring it didn’t work, so I went inside to look.

Inside my mouth, I found a pink little mountain the color of bubblegum that was as smooth as a baby’s bottom and as firm as a piece of fruit. I knew I had to tell my wife, but hesitated because she was so proactive. I thought about ignoring the eruption in hopes it would go away. I was overruled again.

A few days later at my skin doctor’s office, I didn’t like the grim look on his face when I told him the story and showed him my little marvel. He scheduled me for surgery immediately.

I learned many years ago to take my stunned moments to Jesus, so I quoted the prescription for anxiety written on the Philippians prescription pad that told me to stop being anxious. I needed to go to my loving Lord in the spirit of a worshipful supplicant and ask for things from a position of thankfulness. Coming to God meant believing He existed and would reward me. Peace filled my being as I was integrated into Jesus after coming into His loving arms.

The whole cancer episode became interesting, not frightening any longer. I was awake during the surgery but couldn’t move. My vision was clouded, but I could still watch the doctor open up my throat. Even then, I wasn’t frightened. Later, my doctor told me I was cancer free. My heart still sings praises to God.

No matter what comes your way, rest in the loving arms of Jesus.