In the beginning God created the heavens and the earth.  Genesis 1:1 NLT 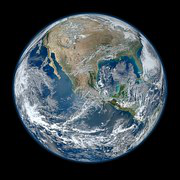 Believing random chance is responsible for life on earth is beyond the amount of faith I possess.

Reading a book on the origin of human intelligence by James Rollins, I discovered some mathematical and biological information that caused a brief dip into my graduate statistic courses I took while earning my PH.D. Rollins made these items so practical and interesting that I wondered whether or not random chance was a fantasy.

The numbers 37 and 73 are “mirrored prime numbers.” They were called “star numbers” by mathematician Kircher. He used “gematria” (a Babylonian numerology system adopted by the Hebrews) when interpreting numbers used in the Bible and decided 37 was fundamental to understanding the Scriptures. He found if you convert the Hebrew word for “wisdom” into its cabalistic equivalent, you get the numerical value of 37.

If you take Genesis’ first line and convert it to cabalistic numbers you get 2,701 which are the mirrored primes multiplied together (2701=37 times 73). These are “Star numbers.” Such a discovery seems beyond pure statistical chance.

Nearly all life on earth uses DNA as its coding material, but there is a code within that code—one beyond mutation. It’s the complex rules that govern how DNA produces proteins. Recently, a set of symmetries was discovered buried in that code—a pattern based on the multiples of 37. Also, the atomic mass of the 20 amino acids that make up our bodies is a multiple of 37. The odds of that pattern emerging by random chance have been calculated as one out of a decillion—1 followed by 33 zeros. Another interesting fact is that the human body’s normal temperature is 37 degrees Celsius.

Further, during a total solar eclipse of the Moon, the Moon fits exactly over the surface of the Sun. This happens because the Moon is 400 times smaller than the Sun while sitting 1/400th of the distance between the Earth and the Moon. The current Big Whack Theory can’t explain these precise figures.

Intelligent design seems to be a logical conclusion for the existence of life on earth and is the reality behind any invention people can evidence.

Let God’s Word teach you where life came from and what’s its purpose is.