What man of you, having a hundred sheep, if he has lost one of them, does not leave the ninety-nine in the open country and go after the one that is lost, until he finds it? And when he has found it, he lays it on his shoulders rejoicing. And when he comes home, he calls together his friends and his neighbors, saying to them, "Rejoice with me, for I have found my sheep that was lost."  Luke 15:3-6 ESV 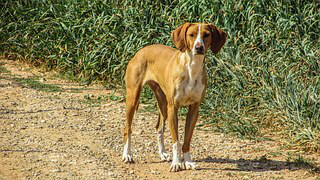 We flew down the front porch steps as our rescue dog hunkered away. For the present, our dwindling number of teenage chicks are parked outside our front porch for their protection. But our dog keeps eating them.

We wonder what would have happened had we ignored the four-pound stray puppy with a twisted leg. I know we’d be richer. We would have also gotten more done last summer if we wouldn’t have had to chase him and our standard poodle, Sam, all over the county.

Finally, we invested in a wireless fence. Sam didn’t go off the porch for a week after he got zapped, but Barnabas seemed to ignore it. Soon, he began to disappear with the other country dogs. At first it was just a few hours, but then hours stretched into days and then a week. It left an empty space in our home and hearts. Bring Barnabas home, Lord, I prayed one night.

“Pauline, Barnabas is back, but he’s in bad shape.” We threw our puppy in the shower which ran red with blood and filled with loose fur. He looked as if something had chewed him to death.

Barnabas lost his fur, was sliced to the bone in several places, and had lost several pounds. Yet he lived. And now he’s eating our chicks. On days I’m fed up with him, I think about me.

I wandered for several years. It’s a miracle I’m still alive. After I stopped running, I hunkered back to the Lord. He didn’t scold me or discipline me. He patched my wounds and spoke soothing words to me about His faithful love.

After all of His care, I still wander. Other pastures look better, and the grass is greener somewhere else. Sin is exciting—for a time. And then it beats you up. At least it does me. But then there is God’s grace. Supernatural. Sustaining. Enormous.

When I was little, my daddy and I sang the song about the wandering sheep and how the Great Shepherd would go looking for the one who ran away. I’m glad. 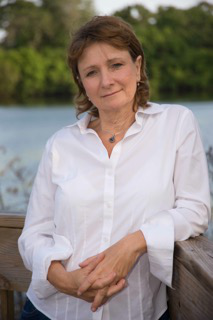 Pauline Hylton is a freelance writer whose publishing credits include USA TODAY, Chicken Soup, Today’s Christian Woman, The War Cry, and several newspapers. She writes about anything from caregiving to chickens and from farming to family. She especially enjoys writing humor. She loves the Lord, her family, and dark chocolate—not necessarily in that order.