Do not be anxious about anything, but in every situation, by prayer and petition, with thanksgiving, present your requests to God. And the peace of God, which transcends all understanding, will guard your hearts and your minds in Christ Jesus.  Philippians 4:6-7 NIV 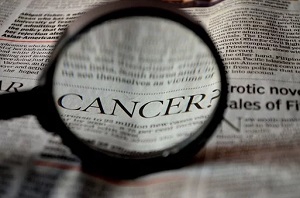 My heart wept with her. She was right—it certainly wasn't fair. If anyone could claim unfairness, it was my friend. Over the last twelve months, she had lost her mother and then her father. Just a few weeks prior to our conversation, she had buried her only surviving sibling—her beloved brother—who had succumbed to an incredibly aggressive and fast-moving cancer.

Now, cancer had her…again. Cancer had already took one bite at her years earlier and had left her body scarred and mutilated as the doctors chopped away at the relentless disease. Now just a few days after her first chemo session, we spoke again on the phone. I could hear in her tremulous voice how far she had fallen. As we talked, a coughing fit seized her, which led to a nose bleed—a relentless consequence of the chemo. Only able to get out a few words between dabs at her bleeding nose, her tears poured out in frustration.

I waited patiently until she wrestled her sobs under control. The crying wasn't really her; I knew. She was a strong woman, but her past year would have brought the strongest person to tears. Of course, the tears brought on more bleeding from her nose. After a few heroic breaths, she finally brought everything under control, and we continued our conversation.

She asked what I was doing. I told her I was writing this devotion.

“You just did, my dear friend. You just did.” And she did what Paul enjoined all of us to do.

What are you thankful for as this year slips to a close and slides into 2020? What can you thank God for as the New Year dawns?