A man who has friends must himself be friendly, But there is a friend who sticks closer than a brother.  Proverbs 8:14 NKJV 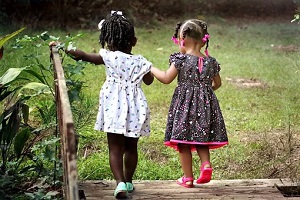 Nationally, people move on average twelve times during their lifetime. If the average lifespan is eighty-five, people move every seven years. I’ve relocated thirty times. I should be two hundred and forty years old.

Throughout life, we gather friends. Some stay close; others drop off when we move. When we find a close friend, we often put trust in them. But often friends disregard this honor and fail to follow through in times of our deepest need. Sometimes, we conjure a need because of some emotional response we experience. At other times, we need physical assistance to get something done. Our trust requires people to do what they say they’ll do. When they fail to show up, we can be devastated. Our countenance falls or the project doesn’t get done. We sink, maybe into depression.

Why we put such trust in someone’s promise reflects our naiveté about the human condition. Some folks extend this trust because their nature doesn’t want to believe the opposite. Then there are those who no longer extend any trust because of constant betrayal.

God, the friend who sticks closer than a brother, made a promise thousands of years ago that the Messiah would come. But what if God hadn’t fulfilled that promise? Would we have become jaded and walked away from Him? What if our sin condition prevented us from understanding the Messiah had already come?

We don’t have to wonder about God’s promise to send the Messiah. He has already come. And not only did God fulfill this great promise with Jesus, but Jesus also accepted the challenge. Jesus didn’t have to die on the cross. He had the power and the authority to remove Himself. He thought about it, but then did as His Father directed. He made a way for every human to gain dominion over evil.

Jesus is the friend who sticks closer than a brother. He arose from the pit to declare the salvation of all people. It’s a promise God continues to keep. If you have been slighted by too many friends, take a moment to consider how good and just God is. He’s as close to us as we get to Him.

Raise a holy hand and reach out to God. He’ll be there. That’s His promise.