The people of the island were very kind to us. It was cold and rainy, so they built a fire on the shore to welcome us.  Acts 28:2 NLT 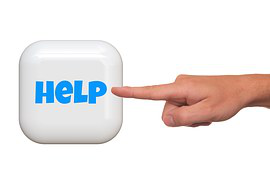 My granddaddy gave the finger to every driver he met.

Down South, we pride ourselves in friendliness. Some parts appear friendlier than others. During a certain time of the year, everyone I pass in their yard waves frantically. In reality, they probably aren’t any friendlier. They’re just shooing away gnats. I’ve had the privilege of talking with a number of people who have moved from other regions of the United States and had them tell me how friendly we are—a welcome relief.

My granddaddy fell under the category of friendly. He drove an ice truck, milk truck, and ice cream truck for more than forty years. When I was old enough, I spent the entire summer helping him deliver ice cream. Every vehicle he met coming down the road, he gave a finger to. Not the middle finger, but the index finger. You see, in the South, that’s the finger we give. Rarely do we throw up a hand—we merely lift one finger. Before I knew any better, I often wondered how my granddaddy knew so many people. Then I discovered he hardly knew any of the people he fingered. He was simply being friendly and living out what he had learned from residing in the South.

Paul and those with him on the ship encountered friendliness after their ship ran aground. He was on his way to Rome to stand trial for his faith in Christ. While on this unexpected stopover, he and the crew encountered friendly islanders who gave them a finger. In return, Paul showed them a finger by healing the chief official’s father.

Friendliness is not genetic, but it is learned and free. If we want friends, we have to be one. Coming from an environment where anger and rudeness was shown is no excuse to act the same way. God considers us His friends when we accept His Son as our Savior. Since He accepts us as friends, He expects us to return the favor. While having more than a few good friends in a lifetime is rare, I can show a finger of friendliness to everyone I meet—even my enemies.

Give a finger to the people in your path.