Do You Want to Be Well? 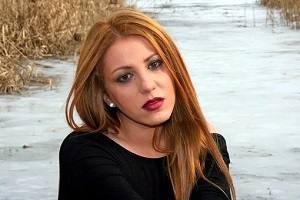 Some people project a cloud of negativity like Pigpen’s cloud of filth in the Charlie Brown cartoon.

I watched Winnie the Pooh as a kid. Whenever Winnie or any of the other characters met Eeyore, the sad-sack donkey, the donkey always complained. When anyone said “Good morning,” Eeyore responded, “If it is a good morning, which I doubt.” When he got a new tail, he said, “Sure is a cheerful color. Guess I’ll have to get used to it.”

When Jesus asked the paralytic if he wanted to be well, the man responded, “Sir, I have no man to put me into the pool when the water is stirred up, but while I am coming, another steps down before me.” You would think his answer would have been “YES, I want to be made well!” Instead, he made excuses for his condition, which he had suffered for thirty-eight years. His condition had become a part of his identity. He depended on it to beg alms, and I’m not sure he wanted Jesus to cure him.

We’ve all known people who are difficult to be around because they complain about their health, finances, job, family, or any number of other things. The human experience is difficult. We do suffer physical and emotional pain. Falling into self-pity and complaining is easy.

I recently read Corrie ten Boom’s classic book, The Hiding Place. The Nazis sent Corrie and her sister Betsie to a concentration camp in Ravensbruck, Germany. They lived in cramped bunks shared by up to five women. Fleas infested the barracks. The guards wouldn’t even come in. The sisters’ existence was miserable, but rather than complain, they thanked God for the fleas. The guards wouldn’t find their smuggled Bibles, and many other women heard the Bible because the women lived in such confined quarters. Tragically, Betsie died in that camp, but she died thankful.

We have a choice. We can grumble or give thanks in all circumstances. If we look for God’s grace, we will find it. The ten Boom sisters found it in a concentration camp and in the fleas that drove out the guards.

Complaining doesn’t change anything. Ask God for a grateful heart so He can use you.

Bob Jennerich accepted the call as Senior Pastor of Grace Redeemer Community Church in July 2017. He received Christ as his Savior in his mid-thirties while working as a partner in a small law firm in New Jersey. God later called him into ministry. His wife, Molly, and their two children, Allison and Brian, sold their home in New Jersey and moved to Texas in 2011 so he could attend Dallas Theological Seminary. Bob is passionate about learning and teaching God’s Word and watching the life-changing transformation that comes with knowledge and love of the Lord Jesus Christ. In his spare time, he loves sports, reading, travel, and exercise. He has finished twelve marathons. He is proud of his marriage to his best friend Molly and of being a father to two awesome kids.