Let the word of Christ richly dwell within you, with all wisdom teaching and admonishing one another with psalms and hymns and spiritual songs, singing with thankfulness in your hearts to God.  Colossians 3:16 NASB 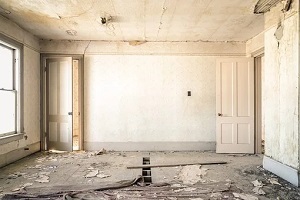 One of our children’s workers at church shared an old video, “The Selfish Giant,” with the kids.

The story told about a giant who discovered the village children were sneaking into his garden and playing in the trees and on his open land. He became angry and made them leave. Then he built a wall to keep everyone off his land.

The seasons changed, and winter came. Because of the giant’s angry and selfish heart, winter lingered. He was alone, isolated, bitter, and very cold all the time. Finally, after a long winter, a tiny songbird landed on his window sill. The bird’s song stirred the giant, and he longed for more of the pleasantness.

The children began sneaking into his garden again, but now he wasn’t upset. Every tree they climbed and each place they walked made the winter go away. The giant’s heart softened. He tore down the wall and made his way into the village where he helped others instead of living selfishly behind his self-made wall.

Sometimes, we do as the giant did. We get a burr in our saddle, hide away from the world, and close ourselves up. Winter enters our hearts. We put up emotional walls and block out those who are the joy-bringers and life-givers.

But what I love about the story is the hope. One little songbird pricked the giant’s hardened heart. One invitation. One encouraging comment. One offer of friendship. One simple gesture might be the thing that helps bring the selfish giant we have created out of a winter wasteland and back into the newness of spring.

If we’re the selfish giant closed off and in a constant state of winter, we should step out of the land of winter and take a chance on God and people again. If we’re the songbird, we should sing God’s song of hope, grace, encouragement, and freedom into someone’s cold, winter window. This may be the moment their heart has been waiting for.

What walls do you need to tear down? 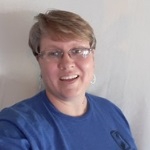 Christy Bass Adams is a mother of two boys. She uses her past classroom experience to teach future educators at Saint Leo University and at North Florida College. Christy serves as the Outreach and Connections Coordinator of Fellowship Baptist Church in Madison, Florida. She also writes a weekly inspirational column in Greene Publishing and maintains a regular blog. When she isn’t teaching or writing, you can find her sitting by the fire, wetting a line in the river, or spending time with her boys. For more from Christy, visit her blog: www.christybassadams.com.