But you, be strong and do not lose courage, for there is reward for your work.  2 Chronicles 15:7 NASB 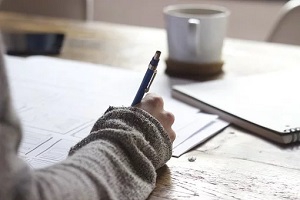 Some perceive Christians as sanitised people wrapped in perfect obedience.

I carried this false image for many years and found I failed to measure up to my own expectations. Then came the time when I knew I should write my life story and publish it. The courage to write was no problem. I knew the writing exercise was not therapeutic. Rather, it would confirm what God had done in my life. But the fear of the publishing world and the marketing became a huge hurdle.

Why was I so apprehensive? The transparent writing style left no stone unturned. It exposed areas of my life I would have preferred to have kept hidden. It opened up issues with family members that were difficult to face. And it obliterated anyone’s false perception of my now sanitised persona.

The Lord came to my rescue as I chose to obey. He showed me that Satan or the world could not point any finger at my past if God had led me to the ministry. No person could judge what God had forgiven.

As the Israelites began to seek the Lord and find Him, God said to King Asa, “But you, be strong and do not lose courage, for there is reward for your work.” The king obeyed by removing all the abominable idols from the land of Judah and Benjamin.

Sometimes it requires courage to obey the Lord, but God will supply what is needed for us to do what He asks.

What is God asking you to do that is difficult?